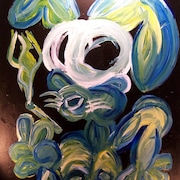 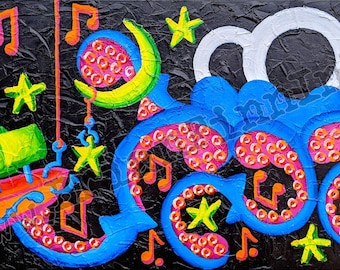 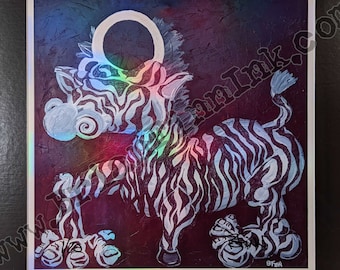 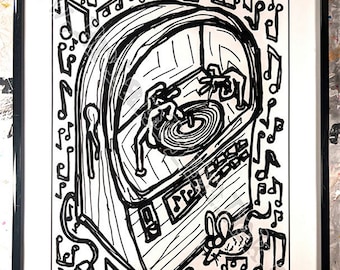 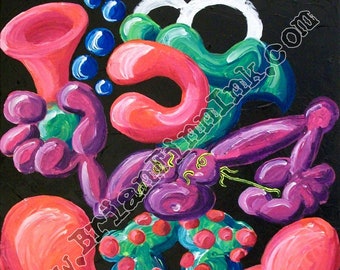 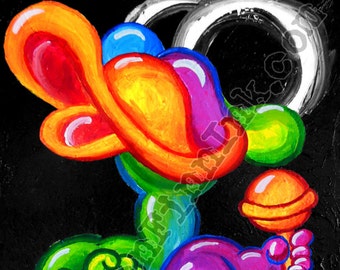 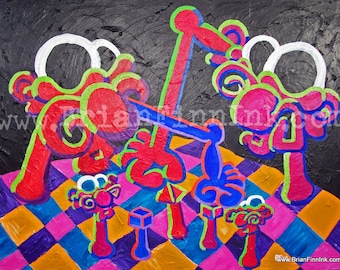 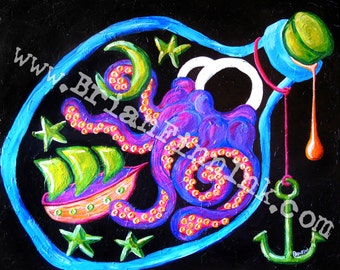 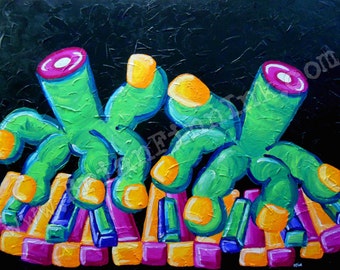 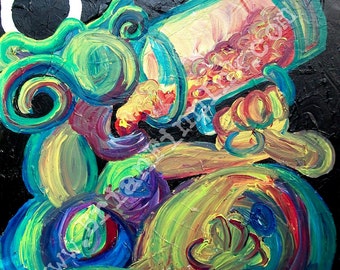 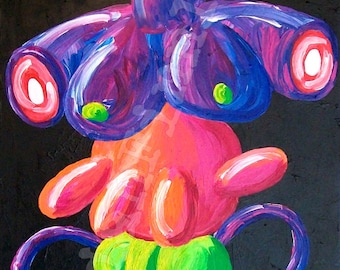 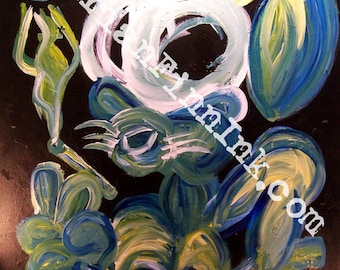 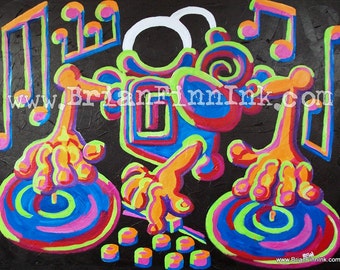 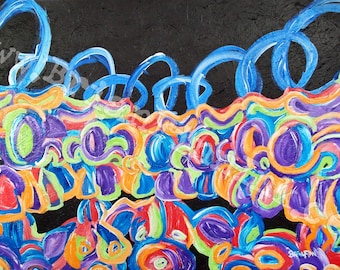 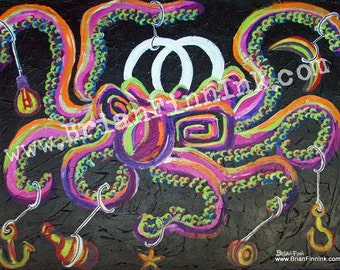 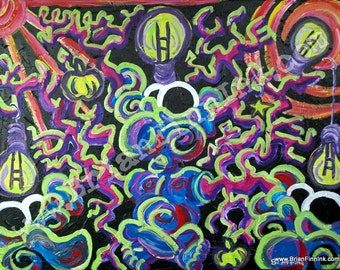 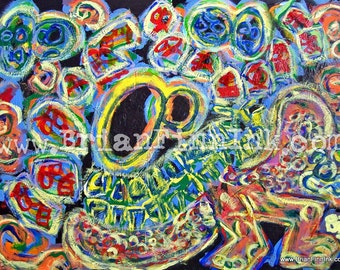 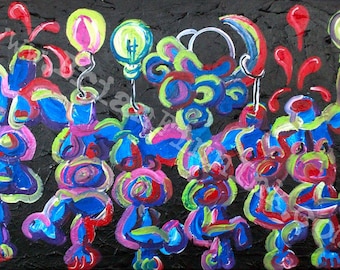 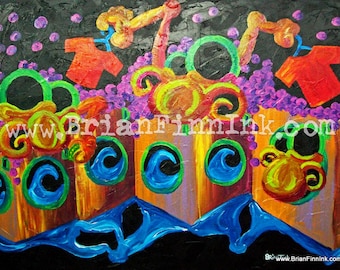 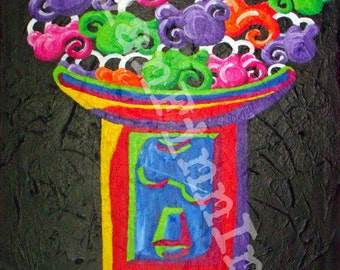 I love creating characters and critters — playfully odd, simple lines on paper, or popping bold color off canvas or walls. Having no formal art instruction since 9th grade, I began creating visual art in my late 20s, all starting one afternoon in June of 2009, seemingly out of nowhere.

Some personal events had gone down in my life that year, and I was slowly piecing myself back together. Although I'd seen some success with performance poetry in college, I found myself no longer able to write. I was bursting with creative energy, but words simply would not come. I was editing and re-editing old work, assembling a book for publishing. I wanted illustrations for it — little characters at the heading of each section. I approached an artist friend of mine and tried to convey what I had in mind for the drawings, but she wanted an example. I told her I couldn't draw, but picked up a fine-point Sharpie marker and tossed out a rudimentary sketch.

She looked at it for a while and said, “Draw another one.” I did. “Draw another one.” I did, and she told me to keep going. She said, untrained or not, I had an original eye. I showed friends my crude doodles, and they loved them. They wanted more. I kept doodling, kept sharing, and soon I had friends donating drawing utensils, sketch pads, paint, brushes – all sorts of things to keep me creating visual art. I started sharing my art on social media and received overwhelming encouragement. I started selling my work and, in early November of the following year, I signed a contract for my first gallery solo exhibition, a month-long show at The PS Collective in Omaha, Nebraska.

Since then, my art has been showcased during arts walks, live musical performances, plays, spoken-word readings, poetry slams, and private events hosted by galleries, theatres, creative venues, coffee shops, and bars. I started selling my work in online stores, began designing T-shirts, album covers, posters, and received commissions for public and private murals. I've done custom paintings and drawings for people who don't want a replication of a photograph, but something from my unique mind's eye.

I did a lot of performance poetry in early adult life, earning a Bachelor of Arts degree in Literature and Writing, and was published in poetry anthologies, journals, and zines — plus self-releasing CDs and chapbooks. It wasn't until my life had begun to rise from rock-bottom, though, that the ability to create visual art found its way into my world.

Last updated on January 23, 2023
I'm happy to answer any questions you may have! I've tried my best to summarize payment, shipping, and refund/exchange policies below, but if you have any other further inquiries, drop me a note.