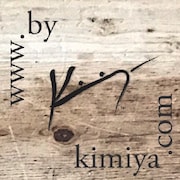 As a native Californian, I can debatably tout that I truly love California more than Leslie Knope loves Pawnee. Seriously. No joke. For Reals.

You know all that traffic paint on the roads in the Western States of the US? Have you seen the paint on California's Golden Gate Bridge? What about the gold coating on our capital's Sacramento Tower Bridge? I probably shouldn't mention that space shuttle that blew up. Well our family owned the manufacturing plant that concocted the paint for those iconic landmarks. Here's the deal though, while that is certainly a part of my story, it is when we sold the family factory farm, that my shop story begins. I decided to continue living out big dreams, just in smaller batches.

After dealing with all of the executive level decisions and responsibilities as well as the legal fine print, I needed to return to my true self. After serving our nation by providing safety lines of order in chaotic traffic, I knew I needed to stay in my own lane and drive out my creative passions. Conveniently, my son had graduated and I was done administrating his home education experience. Just as determined as I was to savor every moment of raising him, I was equally bent on dancing through empty nesting gracefully.

The above video depicts a gamut of what I do. It also let's you peek into the tribe I run with. My Husband and a friend composed the song Created To Create for a children's CD/MP3 to accompany my book, The Creatively Imagined Explanation of Gabriel's Blue Giraffe.

While artful pieces may seem an Unnecessary luxury, expressing oneself creatively is a universal Necessity innate to all humanity. It is my passion to create not only out of my own imagination, but also to sustain an atmosphere that curates:
Alchemy for Artrepreneurs. While my mediums are vast and eclectic I love running and playing with others in their mediums as well. Thus my constant bent to taunt the insatiable,