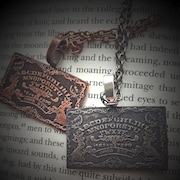 Announcement    Home of the finest cruelty-free rat and bird skull jewelry, copper and silver anatomical and ouija board necklaces, and goblincore assemblage pieces. I love Victorian and art nouveau designs, and you'll see a strong reliquary and memento mori influence throughout most of my work.

Etsy now penalizes shops that don't offer free US shipping, so my prices have changed to accommodate this. UK buyers can get a better deal by visiting my Baphomart shop instead!

Home of the finest cruelty-free rat and bird skull jewelry, copper and silver anatomical and ouija board necklaces, and goblincore assemblage pieces. I love Victorian and art nouveau designs, and you'll see a strong reliquary and memento mori influence throughout most of my work.

Etsy now penalizes shops that don't offer free US shipping, so my prices have changed to accommodate this. UK buyers can get a better deal by visiting my Baphomart shop instead! 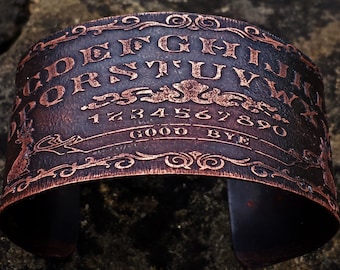 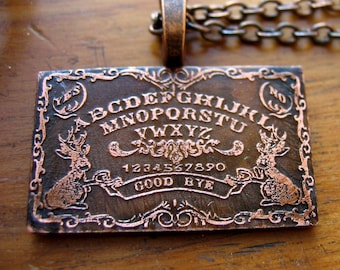 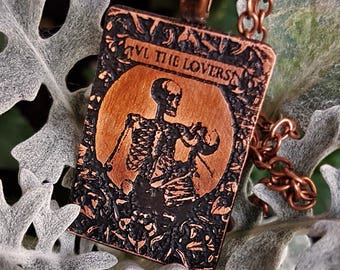 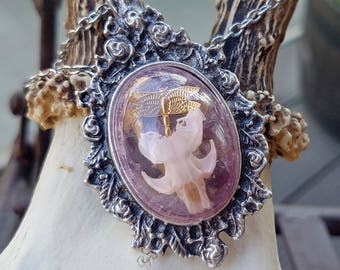 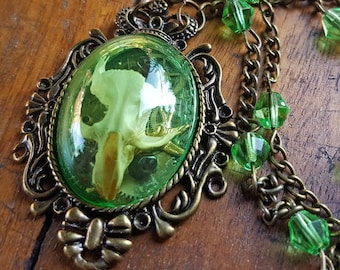 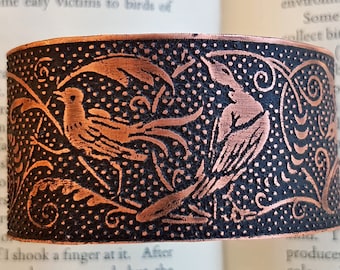 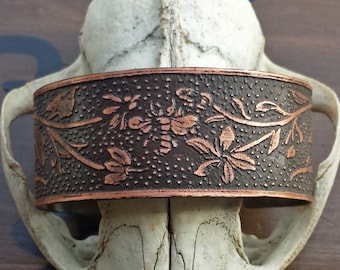 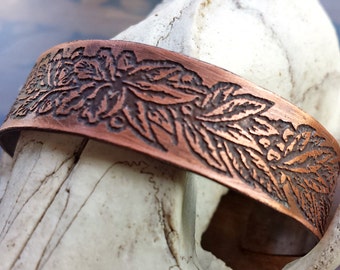 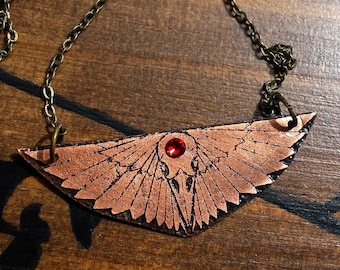 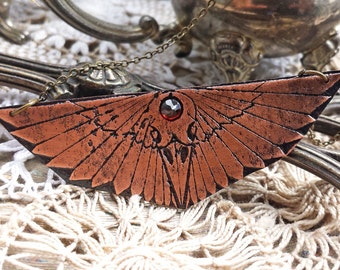 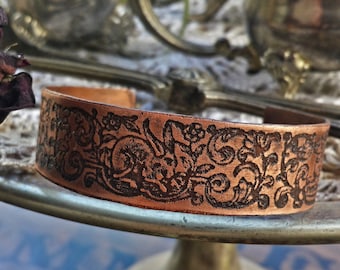 From Rainforest to London...

Cheshworth's Fancy Goods was initially launched in early 2010 in the Pacific Northwest, purely to provide me with a little extra travel money. Eventually my sideline took over the rest of my life--there's something pretty addicting about making something with your own hands and sharing it with the rest of the world.

For four years, Cheshworth's puttered along selling steampunk assemblage and shrink plastic jewelry. Two things changed in 2014: I moved to the UK, took a few months off, and relaunched in June; and I started chemically etching copper. The process creates truly unique jewelry out of the rawest of materials, and I'm thrilled to explore this new frontier of creativity. I hope my new European audience will also be excited!

See this Seller Handbook article for a sample privacy policy you can customize for your shop.
If you ship to the EU or offer your listings to buyers there, you're required to have a GDPR-compliant privacy policy by 25 May, 2018.
Privacy policy
The short version: I respect your privacy and I don't want to use your personal information for anything weird. I am required to retain some information about you for tax purposes and order fulfillment, but I will only use it for marketing if you give me explicit permission. Here's the long version:

I collect, use, and share your information on a variety of legal bases:

- When you have provided affirmative consent, which you are free to revoke at any time;
- In order to provide services to you, such as order fulfillment, settling disputes (like lost packages), and customer service;
- To meet certain legal obligations, like keeping records for tax purposes, or to comply with a court order;
- And in my legitimate interests, provided those are not overriden by yours. This means I might use your information to improve my products in addition to providing the service you requested, and in order to comply with Etsy's terms of use for sellers.

I retain your information long enough to fulfill your order and as described elsewhere in this privacy policy. For accounting purposes, I keep a document which retains your postcode and the monetary amount of your purchase. I retain this information for 5 years in order to comply with my legal obligation to the HMRC as a sole trader in the UK.

Transfers of Personal Information Outside the EU

At this time I do not use any cloud services to store personal information about my customers. If I do in the future, your information may end up in a jurisdiction with different data protection and surveillance laws. Should I choose to do this, I will use a Privacy Shield certified provider for these services in order to provide a legal basis for transfer.

If you live in the EU or some other territories, you have certain rights related to the use and retention of your personal information. These include:

1. The right to receive a copy of the information I retain about you by contacting me using the contact info below.
2. The right to change, restrict my use of, or delete your personal information. On request I am happy to do any of these things for you as long as they don't infringe on my legal obligations.
3. Object to my use of your information for my legitimate interests, or to receiving marketing messages from me. I will delete your information in these circumstances, again, unless I have a legal requirement to keep it.
4. You have a right to complain to your local data protection authority about my use of your information, if you have the grounds to do so and live in the EU.

I, Jaime F. Hilton, am the data controller of your personal information for the purposes of EU Data Protection Law. If you have any questions or concerns, please email me at shop@cheshworth.com.
Etsy prohibits the use of buyer information for unsolicited messages. See our Privacy Policy for more info.

Send me a message if you'd like an item customized or designed just for you--I'd love to do it! In most cases I'm happy to take your order on and charge you once it's completed and you've seen photos of the finished product, but for heavily customized items that I will be unable to sell to anyone else should you change your mind (i.e. your name on a bracelet), I will require a deposit up-front.

How do I make a return?

Please CONTACT ME, preferably by Etsy message to bypass my spam filter, if you'd like to make a return. London life necessitates a lot of moving around, and I have to make sure you'll be sending your item to the correct address. This also allows me to provide a more personal level of customer service; if, for example, you love your necklace but the clasp breaks, I think we'd both be happier if I just send you a new chain rather than making you ship the whole thing back to me for an exchange.

I accept returns for any reason within 14 days of you receiving the item. If you're outside of that window, please feel free to get in touch anyway--I'll try to work something out that makes us both happy.

Will you hold an item for me?

Yes, send me a message if you'd like me to hold an item for you until you get paid. I'll hold it for up to 3 days for free and for up to two weeks in exchange for a nonrefundable 10% deposit.

Do you have a physical shop I can visit?

NO, at this time I have no brick-and-mortar customer-facing facilities. EU regulations require an address be made public to potential buyers in case anyone wants to sue me, but it's not a shopfront and for insurance and zoning reasons, I can't let you onto the premises to poke around.

If you'd like to see my fancy goods in person, be notified when I have market and craft fair dates planned by adding my shop to your Etsy favorites or following me on Facebook.

Why don't you accept cancellations?

If I accepted cancellations within 24 hours of purchase, I would have to wait 24 hours before shipping every order I receive. As it is now, I don't have a set shipping buffer time; if you place an order the morning I intend to go to the post office, your package will ship an hour after you've paid for it. This is especially vital during busy holiday seasons.

That said, if you change your mind about an item and I haven't shipped it yet, I'm happy to cancel your order. If it's already been shipped, I will take a return within 14 days of receipt, no questions asked.