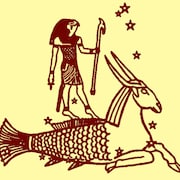 Announcement    Hello! I have ended my 20 year metalworking adventure and moved into different media. Please keep an eye out though, as I may be listing a backlog of metal work and interesting antique metal pieces. I may throw in some foundry patterns, or handmade journals, or...? It’s sure to become an eclectic mix- I’ve always been a renaissance woman with a huge skill set and varied interests, so why not a shop to reflect that? Many thanks to all my loyal customers over the years, and I hope you'll continue to look!

Hello! I have ended my 20 year metalworking adventure and moved into different media. Please keep an eye out though, as I may be listing a backlog of metal work and interesting antique metal pieces. I may throw in some foundry patterns, or handmade journals, or...? It’s sure to become an eclectic mix- I’ve always been a renaissance woman with a huge skill set and varied interests, so why not a shop to reflect that? Many thanks to all my loyal customers over the years, and I hope you'll continue to look!

my story is your story

Sometimes the hand remembers what the brain does not.
It recalls what the rest of the human has never known.
There are unknown cartographies in the fingertips, ones that map old memory.
-anonymous

Objects exist as visual language, representations of complex ideas before spoken language itself was even established. Ritual objects, spiritual objects, fetishes. Objects for remembrance, objects for hexing. Objects for containing the spirit after death, family heirlooms and objects for earthly remains. Good luck charms, protection and safe travel. Functional objects, objet d’art and artifact. Objects are tasked with carrying precious and sometimes fearful power. Our species has an affinity for tangibility, for acquisition. Our relationships to objects are so vast and complicated that very many of us are not consciously aware of them.

As a maker, I use the same tools and traditions that have been used in metalworking for thousands of years. I am following an ancient and deeply embedded tradition of object making. My hands, the intermediary between brain and tools, are the executors of intent which make the ideas a tangible reality. As an artist, my responsibility lies in truthfully reporting the world as seen through my eyes. The end result of my interpretation of the data I receive through my senses is what name we give to an object- art. As a creator, I am tapping into genetic memory, collective unconscious and archetypes imprinted in the human animal’s psyche- the wellspring from which we all draw. This skill is only honed by the act of creation itself, and by opening interior doors to allow it to enter. In creating, the attempt is being made to enter into a state of grace to receive creativity. By allowing myself to be open, if I am very lucky, I can channel this imperative and let my hands do the rest. The object thus made will be invested with power shaped through my unique focusing of the lens. A uniqueness we all have in common.

Last updated on June 19, 2014
Greetings! We believe in the lost art of craftsmanship and in our society moving away from mass-market imports. By directly supporting artisans you can acquire unique products that are (hopefully) well made while financially bettering artisans' lives and their local economies.
We also just like to make things.

We stand behind what we make.
We'll gladly refund purchases, or replace, items that are DEFECTIVE DUE TO CRAFTSMANSHIP. Sorry, this doesn't apply to damage caused by using your new belt buckle as a hammer, bottle opener or prybar.
We will take returns if you are unsatisfied with your purchase. A 15% restocking fee may be deducted from the purchase price. Shipping charges will not be refunded.
We are people pleasers, so please, contact us with any questions or concerns before leaving feedback, filing a claim or opening an Etsy case. Apologies to the vast majority of decent people who are kind and understanding, but we have to put this in here. We work very hard to earn our 100% positive feedback!

Louisiana residents will be charged 9% sales tax. Sorry, not our rules.

Deposits are required for most custom work.

*PLEASE READ*
The United States Postal Service has dramatically increased shipping fees to overseas addresses. We promise you, we do not make money off of shipping! All shipping overages of $1.00 or more will be refunded via paypal, or back to your credit card if direct checkout is used.

Most shipping prices are for first class mail only. Heavier items are more economical to ship using flat rate boxes. Priority shipping is clearly marked in the appropriate listings. We have priced out parcel select for heavier items, but really the difference is usually less than a dollar.

We do our best to ship the day (if possible) an order is placed; however it make take up to 7 days for custom items to be made and shipped. Most fabrication times are listed where appropriate. If turn-around is longer, we'll state it in the listing. We will also inform you when your items are shipped- we are good communicators!

We accept requests for commissions and custom work; in fact, most of what we do is custom fabrication. Don't be afraid to ask for that custom thing! Please understand that prices will be slightly higher for custom orders due to the amount of time spent on designing, emails, photographs for approval, etc. Custom work generally cannot be returned, but don't worry, we send photos for approval before closing the deal!

We will promptly delete any conversation that starts out 'hey- can you make this thing I saw at Pier One', or 'hey, I saw this in another etsy shop- can you make one cheaper', or any messages that start with 'hey' for that matter.