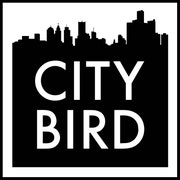 citybird is taking a short break

Products that celebrate Detroit, Michigan, and the Great Lakes!

City Bird is a retail store located at 460 W. Canfield St. between Cass and Second, in the Cass Corridor in Midtown, Detroit. We are steps away from Traffic Jam and Snug restaurant, Motor City Brewing Works, Shinola, Avalon Bakery, our sister store Nest, and dozens of other exciting retail stores, restaurants and Cultural Center attractions. We carry housewares, jewelry, paper goods, apparel, accessories, and home decor by hundreds of independent artists and designers and feature work from Detroit and other Rust Belt cities. In our on-site studio, we produce our popular house line of Detroit, Michigan, and Great Lakes-themed items which is available in our shop, as well as at more than 100 other retailers throughout the Great Lakes region.

City Bird was founded in 2005 by siblings and lifelong, seventh-generation Detroiters Andy and Emily Linn. After building their business by selling their line of Detroit, Michigan and Great Lakes online, at fairs, and through other retailers, they opened the Midtown, Detroit retail store in November of 2009. In December of 2011, they opened a complementary store next door called Nest which sells gifts and provisions for the home. In 2012, the Linns teamed up with their brother Rob to publish Belle Isle to 8 Mile: An Insider’s Guide to Detroit, a 448-page guidebook to Detroit which features more than 1,000 attractions, sites, institutions, restaurants, bars, and curiosities from the essential to the obscure.

Last updated on May 10, 2022
As siblings and lifelong, seventh-generation Detroiters, we founded City Bird as a way to merge our mutual love of design with our admiration for our city and region.

We will accept returns and exchanges within 30 days of purchase. Items must be undamaged, unworn, unwashed and in original packaging. Buyer will be responsible for return shipping and for the new item to be shipped in the case of an exchange.

Most orders will be shipped within 2-3 business days of purchase date and we will let you know if there is an exception with your order. Please send us an email if you have any questions about shipping - orders [!at] citybirddetroit.com .

We'd be happy to work with you on bulk orders for weddings or events! Please send us an inquiry if you see something you're interested in.