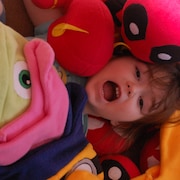 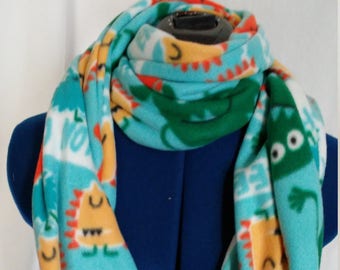 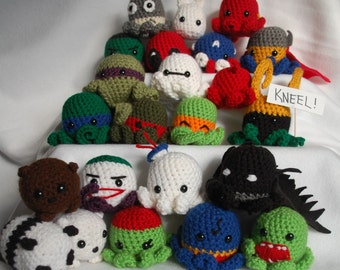 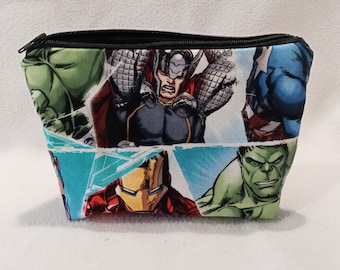 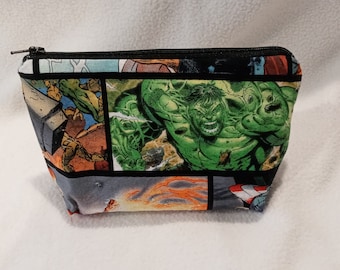 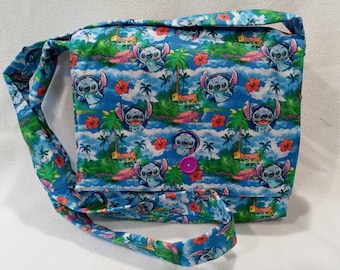 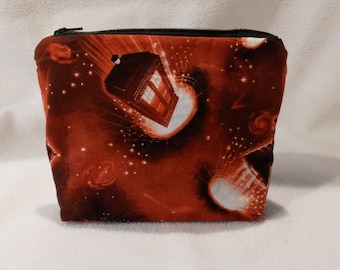 Sharing my love of geekery through art and crafting

This all began at Anime Festival Orlando 4. Fruits Basket was my favorite manga, and one of the artists in AA had an adorable Kyo fleece hat. Needless to say, I purchased it and one of their beaded bracelets. That hat became part of my daily wardrobe, garnering many positive comments from folks in public. Sadly, ten years is a long time, and one day, my much-loved Kyo hat did not survive a trip through the washing machine. (Oddly enough, the bracelet, though stretched, is still in one piece. My daughter plays with it now.) No longer in Florida and unable to remember the name of the person I bought it from, I determined to make my own replacement. Thus began the making of hats of many different characters from anime, movies, and comics.

I didn't stop there. My husband is a huge fan of Deadpool, and made comments about wanting a large Deadpool plushie. After several fits and starts, I got my first large plushie done. He was a hit, and I've made many plush since.

I recently started participating in Free Comic Book Day and a couple of local conventions, and I discovered that it's tons of fun. I get to meet so many people who have similar interests, and I get to talk to other artists and crafters.

Sadly, I suffer from a severe case of procrastination, and I usually do most of my work in a caffeine and Netflix fueled panic the last few weeks before a show. I absolutely love the sales at JoAnn and Michaels, and have been known to kill many an hour wandering the aisles looking for the perfect material for a project.

Waste is important to me, or, rather, not wasting. This is why my plushies and pillows are stuffed with a mixture of polyfil and shredded fleece and fabric. I use entirely too much fleece to throw away the scraps. It would just be crazy.

Last updated on March 13, 2021
Greetings, Earthling! Or any other friendly entity that has wandered by my little shop, I'm cool with interstellar space travelers. Kick back, have a look around. All of my products come from a smoke-free home. I do have a house panther, so there if you have cat allergies, you will want to wash your item. While you're here, please do us both a favor and read the following policies. There will be a test at the end.

I accept returns in the event of a catastrophic failure. Did a piece fall off when you took it out of its shipping container? My fault. Did it explode after you put a plush in the washing machine? Not my fault. I am more than happy to guide you through basic repairs, but I am not responsible for damage from regular wear and tear.

I am happy to accept PayPal. Item(s) will not be shipped until payment is received. I do expect payment in a timely fashion, within 3-5 days of your order. No item is shipped without payment.

Unless otherwise requested, I ship via USPS Priority Mail. It doesn't get much easier for any of us than their "If it fits, it ships," policy. This comes with tracking and up to $50 of insurance coverage.

That being said, sometimes things happen, and a package gets lost between my house and yours. When that happens, it is your responsibility to get in touch with your local post office, as I can't do anything from my end. In the event that the item cannot be tracked down, I will waive the shipping cost for a replacement item.

I accept commissions! These are taken on a case-by-case basis, as I refuse to accept work that I can't guarantee a quality product for. My process for commission work is as follows:
1) A request is made;
2) I do some research, mainly consisting of looking for images and fabrics;
3) At this point, I decide whether or not it is something I can make. If it is, depending on the design, you can expect a 2-4 week turnaround. If not, I will let you know why I can't/ won't take the project. I will be honest about my skills and abilities.
4) Payment arrangements are made. 50% down (for supplies) and the remaining 50% upon completion of product. I do not start work on a commission before the initial deposit is made.

All of my fleece/fabrics are pre-washed to help prevent shrinkage.

YARN!
When you decide to wash your hats (please, washing your clothes on the regular is a good thing), I strongly recommend hand-washing. Knit or crocheted hats should be hand-washed with your detergent of choice, and then rolled in a towel and laid flat to dry. They can be fluffed in the dryer, on low, if you so choose.

PLUSH!
While my designs have been toddler-tested, I do not recommend that they be given to very young children. This is mainly due to the fact that children are messy little creatures, and plush don't fare very well in a washing machine. For cleaning plush, I recommend spot-cleaning rather than full immersion.

FLEECE!
Most of my hats are made from fleece and felt. They can be washed in cold water and dried with whatever you're washing. They're extremely sturdy and low-maintenance. With proper care, they can be enjoyed for years to come.