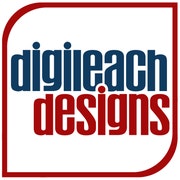 DigileachDesigns is taking a short break

Note from shop owner DigileachDesigns is currently closed and will open up again on Thursday evening, August 11.

DigileachDesigns is currently closed and will open up again on Thursday evening, August 11.

“This Tiger Always Dreamed of Becoming an Eagle...” that was where it all began. My oldest son had just earned his Eagle and was preparing for his Eagle Scout Court of Honor, but he did not want anything red, white, and blue. He wanted something more earthy and woodsy – more his personality. He was dreaming of greens, beiges and blacks with just a hint of red. Good luck finding that. We decided that since I was a graphic designer anyway, we’d build our look ourselves. He wanted to include a photo, but not a recent one – one from his early years. I’m a camera freak and take pictures of everything! So I had a photo from his very first day of Tiger Cubs. That became the centerpiece of the invitation. The rest just fell into place. We used the same phrase and photo on his program booklet. For centerpiece decorations, we covered several very large tin cans with labels we made ourselves (with old Scout photos of him) and filled them with flowers, greenery, and pinecones. The tablecloths were a sage green with bright red table runners. It was just what he had hoped for. It was so much fun putting it all together. I didn’t want it to end. So it didn’t. I continued to create invitations. After all, my next son was already a Life Scout and it would just be a matter of time before we were doing it again! Invitation after invitation I showed them to him. Nothing seemed to fit his personality or desires. But I knew they would be a match for somebody! Shortly after the first 5 or so cards were created, I opened up my Etsy shop in hopes of helping other Eagles celebrate their great accomplishment. I used my older son’s name (Alexander) on all my samples (since he was already an Eagle). Sometimes I used his Court of Honor date on the samples, and sometimes I used random dates. Later on, I began using the date and time I created the new design just as my little quirky thing to do. I made more and more designs, but little did I know that it would take 5 years for my younger Life Scout to reach Eagle! But he did it – and he found the perfect design for him (he picked "Always an Eagle in Wood"). Now I can use his name (Nicholas) on my samples, too. Along the way I began adding other printables to my portfolio and shop: water bottle labels, candy bar wrappers, treat bag toppers, guest book pages, napkin wraps… and there is still more to come. It’s all about celebrating the Eagle!

Visit my website at www.DigileachDesigns.com for samples and ideas for your own Eagle celebration.

Due to the nature of the items in my Etsy shop, there are no refunds on digital items. If you are unhappy with your purchase, I will work with you to make sure you are happy with the end product. Your satisfaction with my work is important to me as well as my reputation as a digital artist. If you have any questions or concerns, please email me.

Because the items in my Etsy shop are digital products only, there are no shipping charges. Once your item has been customized, I will email your digital file to the email address listed on your Etsy account. No physical product will ever be shipped. You will however, receive a "shipping notification" sent through Etsy. Since these are digital items, the shipping notification is just acknowledging that I emailed your file to you. Nothing has been physically shipped.

STUDIO HOURS
My studio hours are usually 5:00pm-8:00pm EST Monday-Friday. I have a full time job in addition to my Etsy shop, as well as a family, so I don’t typically answer Etsy messages and emails outside of these hours. Don’t hesitate to send me a note though. I will get back to you as soon as possible!

TURNAROUND TIME
There is a 2-3 day turnaround time on items (excluding weekends and holidays), although I'm often able to get them back to you next day after I receive the order, all the content/text, and photographs. Please keep this in mind when you make your purchase. If you have a special situation, please contact me BEFORE YOU MAKE YOUR PURCHASE to see if arrangements can be made.

COLORS
Your printed product colors may vary slightly from the colors you see on your computer monitor due to the variations between monitor settings and the calibration of your printer or that of the digital photo shop, as well as the type of paper you are printing on. Try making a trial print to see how the final product looks using the proof I provide to you before giving me your final approval.