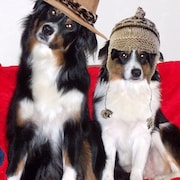 Little things I love, but I'm passing along...

Announcement    "Art washes away from the soul the dust of everyday life." ~ Pablo Picasso

For more than 30 years I've been collecting beads, jewelry, purses, things, things and more little things. I finally decided that I would never use all of these things, and they would be much happier in a new nest! So, I am going to share all of my "lagniappe" with you, and at a great price, I might add. I hope you find something cool that you can treasure, just like I have all these years! ♥ To check out my jewelry and sewing designs, hop on over to my other etsy shop: http://www.DornickDesigns.etsy.com

"Art washes away from the soul the dust of everyday life." ~ Pablo Picasso

For more than 30 years I've been collecting beads, jewelry, purses, things, things and more little things. I finally decided that I would never use all of these things, and they would be much happier in a new nest! So, I am going to share all of my "lagniappe" with you, and at a great price, I might add. I hope you find something cool that you can treasure, just like I have all these years! ♥ To check out my jewelry and sewing designs, hop on over to my other etsy shop: http://www.DornickDesigns.etsy.com

I've always been creative, even as a child. When my sister wanted dolls, I wanted rock tumblers and easy bake ovens. I built frog condos out of shoe boxes and made necklaces out of jute and giant wooden beads that my daddy used to make macrame' plant hangers. I was always drawing, gathering, seeking out possibilities in the tiniest of things. I would see a tiny lizard and imagine his whole life story...or, at least make up one.

When I was 16 years old, I started working at a Life Insurance Company as a part-time file clerk. I got the job through the COE program in high school. Once I graduated from high school in 1979, I stayed on and got promoted to full-time file clerk! I ended up working for that company for 21 years! I was promoted and promoted until, when I finally decided I had had enough, I was manager of the Annuity Department and I had two secretaries. whew...what a whirl-wind that was.

In 1980 my son was born and I was a single mom, working 4 jobs at one point [including my full-time job at the Life Insurance Company], but always finding a minute or two here and there to be creative. I would paint flowers on the walls of our tiny townhouse, sew Christmas ornaments out of felt and make cross-stitch gifts for friends and family, since I couldn't afford to purchase gifts that often.

Ten years later, in 1990, I had to have an operation that had me unable to lift anything over 10 lbs. or drive for six whole weeks. I was going crazy! After 2 weeks, my mom drove me to the local craft store and I was intending to purchase a few cross-stitch kits, or something that I could make while recovering from my surgery. Lucky for me, the store had just started carrying imported beads and real stones [up until then, all you could find was plastic stuff in bags at TG&Y...and this was way before the internet!] My mouth started watering and my heart started pounding...I thought I had died and gone to heaven at that very second...I think I even pinched myself. All I had was $25 to spend and my mom gave me $20 more, just because she could feel my excitement. The girl in the shop taught me how to make an earring and that was the only "bead lesson" I've ever had in my entire life. So, with my $45 worth of beads, I started making jewelry. I was just making things and giving things away...not really thinking about "selling" anything at that point. But, those beads were my new obsession...every extra dime I had was spent on a bead, or two.

About a year after I started making jewelry, the craft store had a contest. There were 5 categories and you could enter something in each one. The winner of each category would receive a $100 gift certificate to the store. I entered a design into each category and waited for the winners to be announced. Days went by and I had heard nothing, so I finally called the store to see if I could pick up my entries. The woman on the phone said "well, we want the winners to leave their designs here for the remainder of the month". I said "oh, I won one of the entries" and she said "Kathy, you won all of the entries..we were going to call you today". At that exact moment my life turned around. Here I was with $500 to spend on beads!

Around this same time, I met one of my dearest friends, Pam. She had just opened a gift shop and was also making jewelry and her husband made metal furniture. She talked me into making jewelry for her to sell in her shop. At first I thought "nobody wants to buy my jewelry", but Pam convinced me that I was truly meant to be a jewelry designer and was really good at it. And so, that's how it all began. I was selling things in her shop and basically supporting my bead buying habit.

Ten more years went by and in 2000 I married my soul mate, Wayne. He was and still is, my biggest fan and my biggest supporter. When we got married, I was the office manager/marketing manager for a small financial services company. I loved my job, but I was just really getting burned out with the everyday sitting at a desk, 8 to 5. Especially since I had been doing that since I was 16 years old! In 2005 Wayne told me I could quit my day job if I thought I could make it selling jewelry. The internet had been born by then, so I sat at the computer one night and searched for handmade jewelry and stumbled upon "Etsy". It was brand new and still in beta testing. I joined immediately and by the 3rd day had already sold 3 items. Almost exactly one year later, I was making enough money on Etsy to quit my day job and I've never looked back. Etsy has truly changed my life and now I'm selling jewelry to people all over the world! I still have to pinch myself!

So where did "Dornick" come from? I knew I needed a business name, so I sat down with a glass of wine and the dictionary and started with "A"...when I finally came across "Dornick", an Irish word for "small stone or piece of rock", I knew I had found it! And so, Dornick Designs was born!

Last updated on December 30, 2018
"Art washes away from the soul the dust of everyday life." ~ Pablo Picasso - Taking pride in my work, I only use quality stones & materials. I want to make sure that all of my customers are more than happy with their purchases and that is achieved through great customer service. 100% Satisfaction, Guaranteed! My motto is and will always be "People will forget what you say, people will forget what you do, but people will always remember how you made them feel" ♥ & Peace ~ Kathy

I hope you love your stuff ~ ♥ ~ But if you don't, please contact me within a timely manner and I will be happy to give you a refund, or a replacement. I pride myself in customer service and I want you to be 100% satisfied with everything you purchase from me. Plus, it's just good Karma ~ That's my "Iron Clad Guarantee"

Payment should be made promptly (within 48 hours) and I only accept Credit Cards, PayPal and Etsy Gift Cards.

**PLEASE NOTE** Any "One Of A Kind" item(s) that are not paid for within 48 hours will be re-listed for sale. If someone else purchases the item before you pay, your transaction will be reversed and the item will be sold to someone else. If for some reason you are unable to pay within this time frame, please contact me and we can probably work it out.

Once your item(s) are paid for, they will be shipped out promptly, usually within 2 or 3 business days {Monday-Friday}, unless I notify you otherwise. Your purchase will be mailed to the address shown on the "Etsy Transaction Report", unless you notify me otherwise. So if you moved to "Timbucktwo" and didn't change your address, you need to let me know. You will receive a Shipment Confirmation e-mail from Etsy, along with tracking information, the day your package ships. Please allow up to 2 weeks delivery time {USA} and 8 weeks {International}. Sometimes packages get misguided, but do eventually show up. I can no longer be responsible for lost or misguided packages. Your shipping costs are for Regular 1st Class Mail. If you want insurance {USA} or delivery confirmation {International}, please let me know and I will send you an updated invoice for the additional costs. If your payment is made with an "E-Check" through PayPal, your purchase will be mailed out promptly upon notification that your check has cleared {usually 4 or 5 business days}.

Please feel free to send me a convo through Etsy, or an e-mail to Kathy [!at] dornickdesigns.com if you have any questions or concerns.

Any questions, please contact me via Etsy or Kathy [!at] dornickdesigns.com

© 2003-2019 Dornick Designs, LLC. All Rights Reserved. All designs, images, text, and descriptions in this Etsy store and at www.dornickdesigns.com are the property of Dornick Designs, LLC and may not be reproduced, copied, transmitted, modified or used in any manner without the express prior written consent of Kathy Hardy