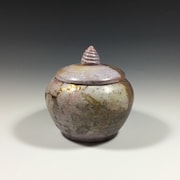 Announcement    Pottery for both home decor and everyday use, from cups and bowls to vases and Raku ware. My work is inspired by the natural world and whimsy, form and function, literature and history.

Pottery for both home decor and everyday use, from cups and bowls to vases and Raku ware. My work is inspired by the natural world and whimsy, form and function, literature and history. 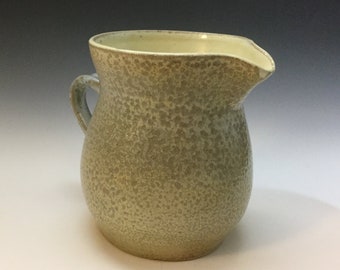 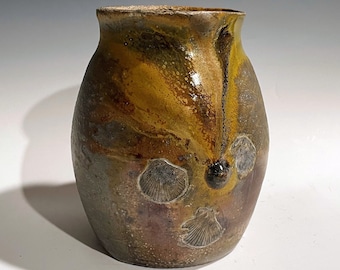 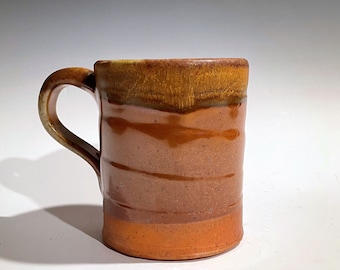 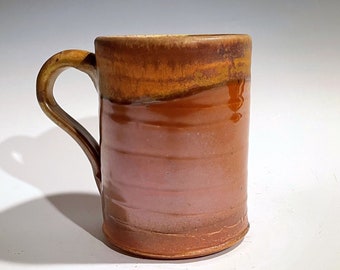 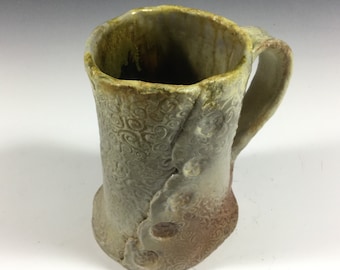 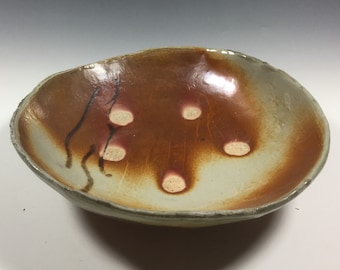 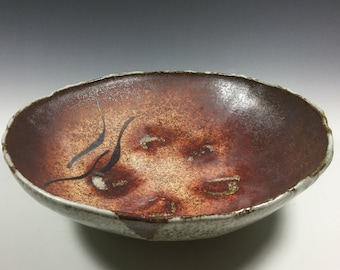 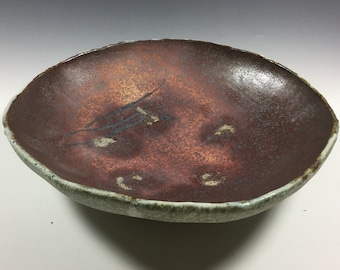 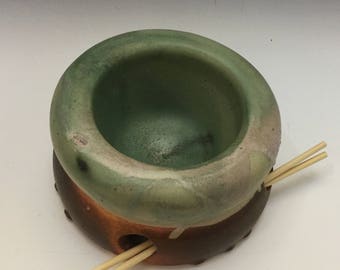 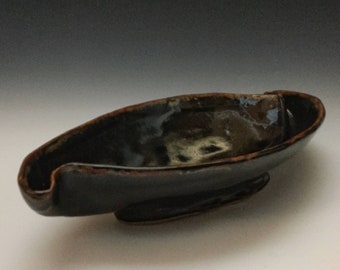 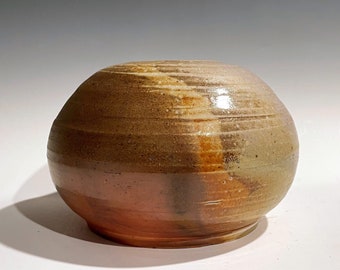 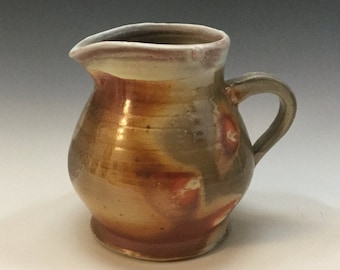 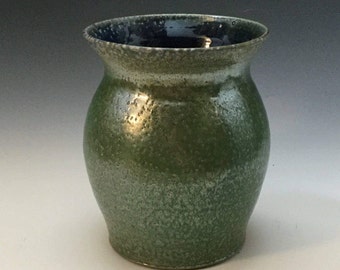 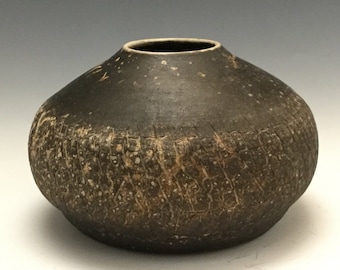 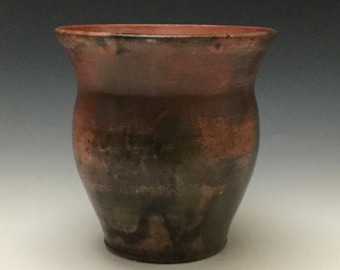 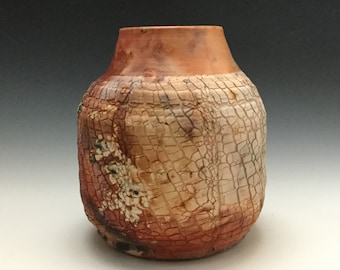 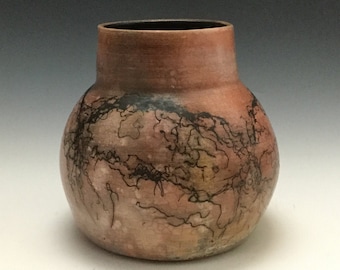 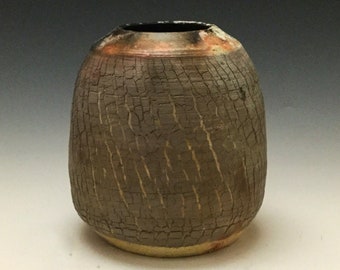 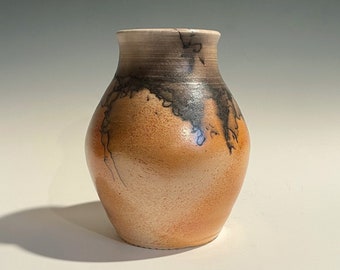 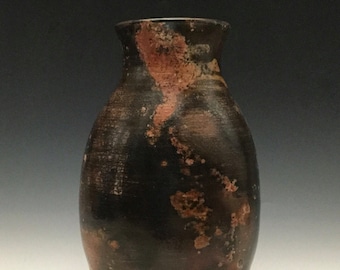 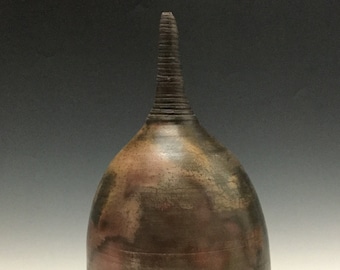 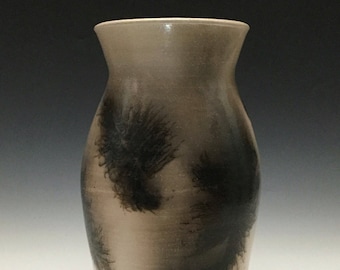 I'd previously been a sculptor—bronze and steel—before a detour in the academy that included an academic track change to a double-major/double-minor B.A. and a M.A. in Medieval Studies. When the demands of raising a child with disabilities necessitated a decision to forgo a planned Ph.D. in history, I returned to my roots.

I've been working in clay ever since.

Here—at the intersection of curiosity, compulsive research, hard work, and a love of getting muddy—you'll find carved, textured, and manipulated surfaces that are designed to please your hands as well as your eyes and decoration techniques that explore the relationship between clay surface, kiln atmosphere, and the unique and fascinating properties of glazes.

My style is organic, form- and function-focused—my goal is to complement the medium, not hide it. My work encompasses stoneware and porcelain, wheel-thrown and hand-built, standard high-fire and atmospheric firing methods, including wood, salt, and Raku.

I am serious, I am whimsical, I like to play in the mud.


Whether you’re talking diners or ceramics, atmosphere is everything. In this case, it refers to the qualities of the air within the kiln (or, in the case of raku, the post-firing chamber)—fire, chemicals and particulate matter inherent in the firing type meet the qualities of the clay and glaze.

First documented in 14th century Germany, salt glazing is a method of atmospheric firing. It’s characterized by a glossy, orange-peel-like texture on unglazed surfaces formed by throwing salt into the kiln during the firing process.

Wood-fired pieces are characterized in appearance by the complex dance of flame, ash, and clay. The atmosphere varies based on location within the kiln, from the amount of ash deposit, oxidation v. reduction, and the path of the flame itself. (In my case, the type of kiln used is anagama, a style of wood-fired kiln originating in 5th century Japan.)

Raku also has its beginnings in Japan. Developed in the late 16th century, it's characterized by low firing temperatures and the removal of pieces from the kiln while still glowing hot. In the traditional Japanese firing process, the pot is removed from the hot kiln and put directly into water or allowed to cool in the open air, however Western raku differs in this aspect by utilizing a reduction chamber to compensate for the difference in atmosphere between traditional wood-fired raku kilns and gas-fired kilns. Pieces removed from the hot kiln are placed in masses of combustible material to provide a reduction atmosphere for the glaze and to stain the exposed body surface with carbon.

Another technique for staining the exposed body with carbon involves creating a smooth, burnished, surface using terra sigillata and applying horsehair (and other carbonaceous materials) to the ware immediately after removing it from the kiln. Combining the burnished surface with an atmospheric firing, the use of a saggar (in which salts, metal oxides and other noxious materials are placed with the ware) allows the saggar contents to fume the ware, creating a localized atmosphere.

n.b.: Because of the porous nature of the low-fired ware, raku pieces are for decorative purposes, only (ie. non-food-safe).

Last updated on May 10, 2022
Welcome to my shop -- take your time, look around, and please ask questions if you have them. Thank you for visiting!

I make every effort to properly package the pottery to avoid breakage and I insure. If the piece arrives having suffered in the hands of the USPS, they now have a convenient online system for you to file for reimbursement of the purchase plus shipping (or you can present the package in person, old-school style). You will need to retain all packing materials until the claim is processed.

All sales are final.

Payment may be made via Etsy Direct Checkout or PayPal, Money Order or Personal Check (upon request and approval). Purchases are sent within three business days of purchase (usually earlier) unless special arrangements/notification are made due to emergency. Personal check transactions wait to ship until after payment clears.

International customers: Please use PayPal or Etsy Direct Checkout for your transactions.

Artisans: This shop is trade-friendly.

Etsy has chosen to bully its makers into offering free shipping. They know very well that shipping isn't free; we -- as artisans and very small business owners -- are expected to eat the cost or follow their suggestion to just blithely tack it onto the price. I don't believe in lying to my customers -- and I honestly find it hard to believe that customers enjoy being lied to -- so Etsy has buried our shops as punishment for feeling strongly that integrity matters. Thank you very much for your commitment to handmade -- if you're reading this message, you must surely be.

I typically ship USPS Priority Mail. If you want express delivery or another shipping method, let me know. Because pottery is heavy and fragile, it requires extra packaging to adequately protect it -- this is figured in the shipping cost.

I can ship internationally, but shipping will need to be figured individually based on package destination, weight, and shipping method. The buyer is responsible for all customs fees, duties, and import charges that are levied at the time of delivery. Please allow 3-4 weeks for the delivery of your international package.

I will ship to the address provided by Etsy unless you provide alternate shipping instructions at time of purchase.