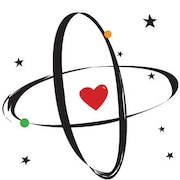 electricboogaloo is taking a short break

Note from shop owner Taking a break for a couple of weeks.
If you have a gift-giving emergency please contact me and I'll do my best to figure something out. Thank you!

Taking a break for a couple of weeks.
If you have a gift-giving emergency please contact me and I'll do my best to figure something out. Thank you!

This shop is the original home of Nerdy Baby, a line of adorable things based on serious science concepts.

In 2005 I had a baby. That baby was very cute and very huggable which was good because that baby never let me put him down. Ever. For 6 solid months, I held him in one hand and drew with the other. I drew whatever amused me. I drew goofy cartoons about breastfeeding, and birds, and babies. Somewhere in those blurry, sleep deprived days I started working on a super sciencey alphabet. At that time Baby Einstein was a big deal and in my exhaustion, I thought taking it to an extreme would be hilarious.

I made some flashcards and put the Nerdy Baby science alphabet in my etsy shop, figuring it was my own weird joke that hardly anyone would get. But then! People liked it! And lots of people bought my new Nerdy Baby flash cards... and so off I went in this direction. It was easy because I really do LOVE science and math and all things nerdish. Over time I expanded the line to include production lines of books, print sets, textiles, magnetic play sets. My husband makes jewelry, so occasionally we work together to design super sciencey pendants and cufflinks.

And now well hey look! We're kind of a big deal sometimes. The flash cards are in some of the world's most incredible museum gift shops, we're on ThinkGeek.com and in the UncommonGoods catalog.

There's always more good stuff in progress, and if you want me to illustrate a particular scientific concept or law feel free to send me a message.

Last updated on May 18, 2022
My goal is for this transaction to be the most mind-blowingly smooth and simple purchase you have ever made. But sometimes things go wrong, or you need me to ship your purchase to Baltimore instead of Walla Walla, or the mailman bends the stay-flat envelope marked "DO NOT BEND" over his knee and shoves it into your mailbox.

Convo me, please. I will make everything better.

Please contact me ASAP if anything is lost in the mail, damaged, or just arrives and doesn't match the right shade of blue in your living room. My job is to make sure your item arrives to your door safely, and I want you to love it.

You have to pay for the items you buy in my shop. I'm sort of picky about that because I'm trying to support a family here. Paypal is easiest for me, but if you are a Paypal hater, I can take a personal check. This will slow your order way down, but hey it works.

I ship all orders as quickly as possible. Because I am neurotic! It has taken me more than 30 years to get my act together and if I am behind on orders then I must suck at being a grown up and oh my god everyone will hate me and what am I even doing?

So I ship orders quickly.

Twice a week, usually on Tuesdays and Fridays. But if:
* my kids are throwing up or
* my mom flutters into town without warning or
* suburban life suddenly overwhelms and my family demands my full attention

...then I could in theory ship out only one time that week. This means that 7 days is the ABSOLUTE longest your order will take to go out. Most orders go out within 2 days.

SOMETIMES I forget to check the little "Shipped" box that etsy provides. If you are ever worried that your order hasn't shipped, please just convo me and I'll let you know the status.

I love custom orders, wholesale, and general niceties. Convo me!