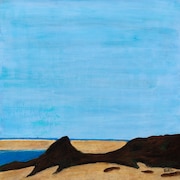 Enjoying the serenity of nature inside your home

Announcement    Join my mailing list and get postcards of my latest paintings. You also get the latest on what's going on in my studio and updates on any gallery or shows I am in. Check it out at: http://bit.ly/gO4lLI

Join my mailing list and get postcards of my latest paintings. You also get the latest on what's going on in my studio and updates on any gallery or shows I am in. Check it out at: http://bit.ly/gO4lLI 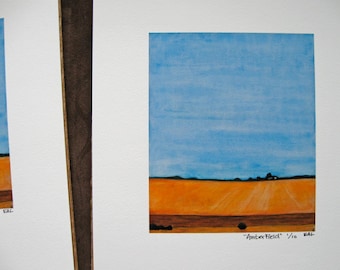 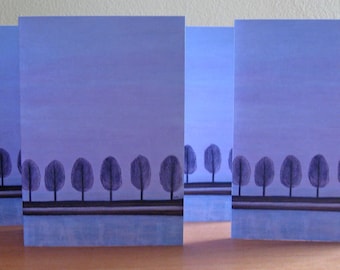 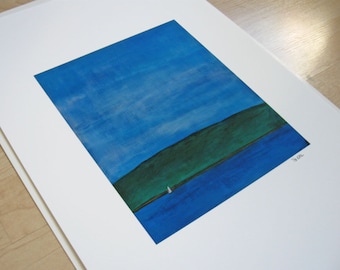 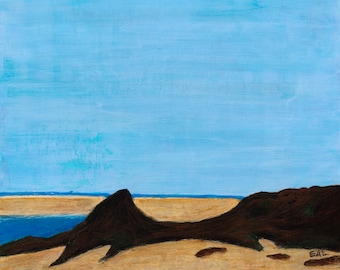 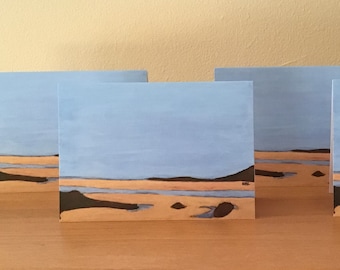 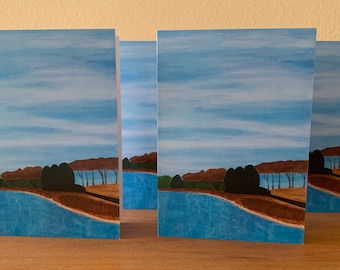 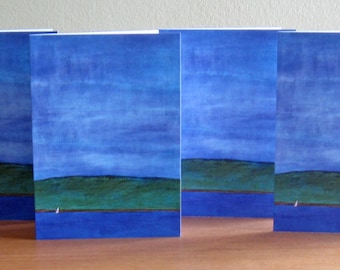 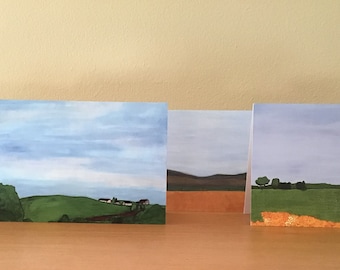 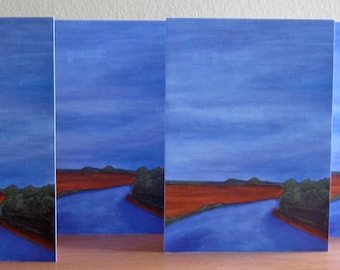 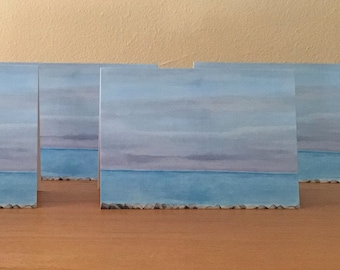 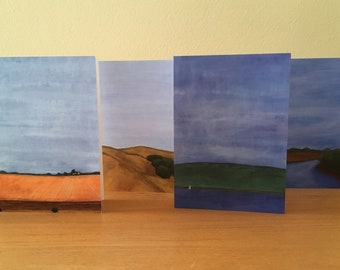 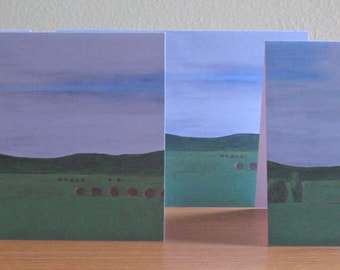 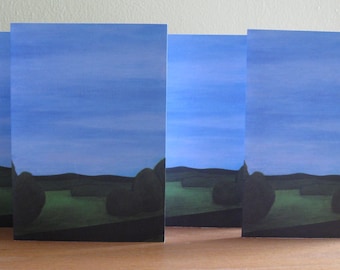 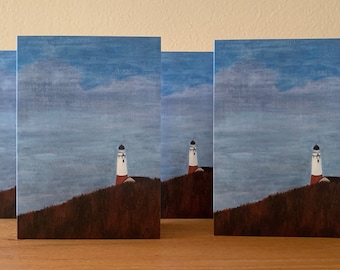 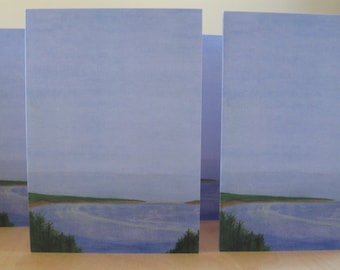 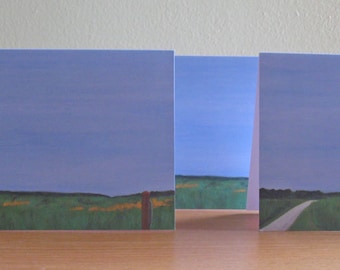 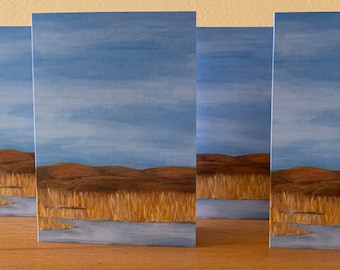 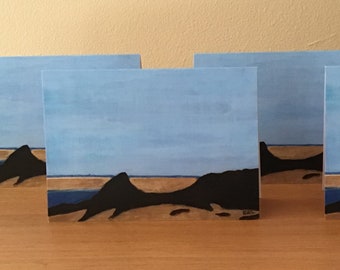 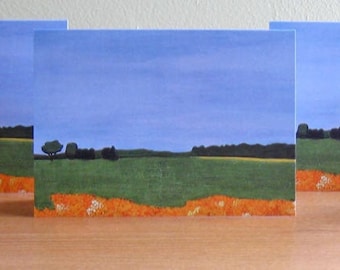 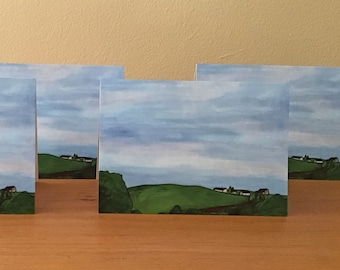 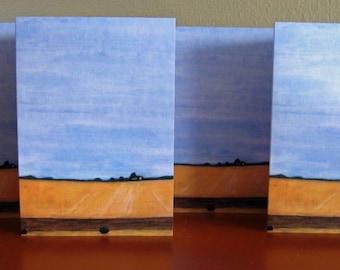 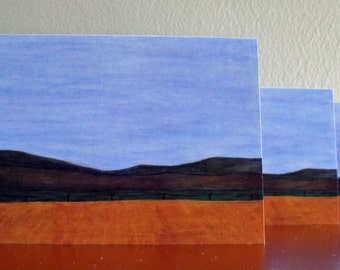 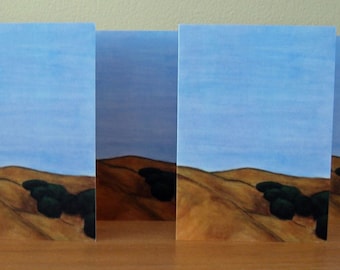 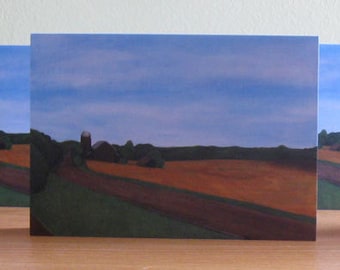 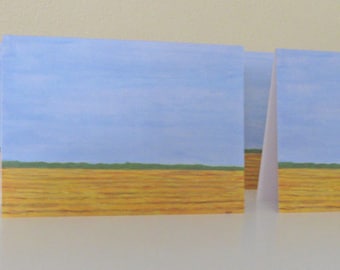 I went to art school but instead of becoming a full time artist, I moved to New York and started working in not-for-profits hoping I would have time to paint after work. Well, that didn’t exactly go as planned. For the next few years I worked in different not-for-profits (awesome) but I didn’t get a chance to really work on my art (not so awesome).

In 2001, I was a caseworker on Staten Island. On 9/11, I was in lower Manhattan rushing to get to the ferry when the 2nd plane hit. Although I can’t erase the sound or the sights out of my mind, that wasn’t the only reason for my PTSD symptoms. It was the planes overhead and the constant military presence in the subways. It was visiting ground zero with my boss (who lived there) and feeling overcome by all of the military checkpoints. It was seeing what was no longer there. And there was also an incident with a client’s mother that I can’t forget and don’t want to re-live.

Despite the stress and anxiety, I moved forward. I love helping people and decided to get a MSW. I don’t think I knew or admitted to myself how completely stressed and overwhelmed I felt. I did self-care – I painted, worked out, spent time with friends. But the memories and anxiety were taking a toll. My therapist at the time told me to literally stop to smell the roses. I tried and couldn’t. Being in the moment felt impossible.

Four years later, after being completely burnt out as a social worker and therapist, I was laid off. You know those times when people say they are grateful for something awful that happened to them? Well this was one of those times for me. Although I had this huge cloud hanging over me that I couldn’t shake, I finally had time to really pick up a paintbrush again and started to incorporate art back into my life with an intensity I hadn’t seen since art school.

Soon after my (then) husband and I decided to move to Chicago to start a family. There we were, caravaning our car and a small u-haul from NYC to Chicago. Once we got out on the open road - that was when it happened – I saw the sky again. It was so big and blue and beautiful. It felt so freeing. And I remember taking this deep breath. This was what I had needed all of these years and I hadn’t even realized it.

Last updated on May 10, 2022
Welcome to elisaannlindstrom.etsy.com! I hope you enjoy my mixed media American Landscapes.

Payments:
*I accept both credit card and PayPal payments
*If you don't want to use a credit card, PayPal does accept checks. Keep in mind that I will not ship the items until after the check has cleared through PayPal.
*If you have any questions, please contact me through Etsy.

Taxes:
*Please note: buyers that live in Illinois, you will be charged a Cook County tax at check-out

Being green:
I like to keep my shop as green as possible. This means most of the packaging is either recyclable or biodegradable. I also don't send invoices. If you would like an invoice sent with the order, please let me know in the "Note to seller" section when checking out.

I ship orders out within 1-2 business days after payment. All items are shipped through the US Postal Service. I try to ship priority mail if it's within the United States and First Class for international shipments.

Please contact me:
--If you need me to send the item through a different carrier
or
--if you would like the item insured,
or
--if you need the piece to go out immediately and/or overnight
You can contact me through Etsy or email me at info (at) elisaannlindstrom (dot) com.

Also, all items are shipped to the address provided by Etsy. Please let me know if you need me to send it to a different one in the "Note to seller" section when checking out.

*Reservations/Holds:
• If you would like to reserve a piece, I will hold it for you for 10 business days.

*Gifts:
• If this is a gift being sent directly to the recipient, please let me know. I will be happy to wrap the item and include a special note for the recipient.