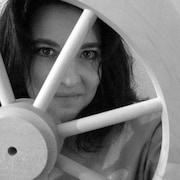 Announcement    December 2018: I have moved my store to its own website, look for me at fabulosityyarn.com.

December 2018: I have moved my store to its own website, look for me at fabulosityyarn.com.

I started dyeing wool yarn in the summer of 2005. My first attempt involved a skein of Lion Brand Fisherman’s wool and six packages of Kool-Aid. At the end of that day, high on vinegar and Kool Aid fumes, I had 3 skeins of rainbow colored yarn and everything changed.

I lived in Lewistown, MT for 8 months in 2006 and while I was there I learned how to spin using a drop spindle and two weeks later acquired my first wheel, an Ashford Traditional. I spent many nights sitting up late and learning how to spin based on the lessons I had been given via drop spindle and one session with the lady that sold me my wheel.

In February 2006, encouraged by my best friend Jen, I opened my Etsy store and continued to dye wool yarn using Kool Aid and Wilton’s food coloring and Paas Easter egg dyes. I bought dyed roving from sellers on Etsy and Ebay to spin, afraid to dye my own.

In the summer of 2006 I finally mustered up the courage to try my hand at dyeing roving and purchased a small starter kit of acid dyes. The first time I was successful I never looked back. I moved back to Billings, MT in the Fall of 2006 and for a time I didn’t have my own kitchen so my sister and her roommate let me use their kitchen on the weekends to dye roving so I could keep spinning yarns to list on Etsy.

In January 2007 I had my own place again and I was able to set up a small studio/workspace in the family room downstairs. I started buying roving and acid dyes in larger quantities and began focusing on adding the tools I needed to continue making yarn, which was now evolving into a second source of income in addition to being a hobby I loved. I found an Ashford Coarse Cloth drum carder on Craigslist and started making the yarns that became what I now call my Bedlam line.

In 2008 I saved money from yarn sales for a couple months and purchased a Babe Bulky electric spinning wheel and was able to up my production for larger orders. In 2010 I bought a Lil Dynamo wool picker on Etsy so I could pick and fluff out locks that I bought and dyed or purchased dyed.

In 2011 I acquired an Ashford Country Spinner, pretty much my holy grail of spinning wheels. I use the CS for just about everything but I will remain forever loyal to my Ashford Traditional (her name is Ferdie).

2012 rolled around with some major changes in my life. I moved to Wyoming and eventually settled in Sheridan. Once moved in, I was able to devote an entire bedroom in the house to my studio. I bought a Fancy Kitty blending board and taught myself how to make rolags. Because I travel a lot for my day job, it has come in very handy for making bundles of rolags to pack with my Golding drop spindle when I am on the road.

Finally, in the Spring of 2014, my beloved Ashford Coarse Cloth drumcarder gave up the ghost. I suspect it was a lot older than I had originally anticipated, but it served me well in the years I used it. I still have it in the hopes it can be repaired. In the meantime, I purchased an Ashford Wild Carder to fill the gap in production and have so far been very pleased with it. My ultimate goal in regard to carders is to get a wider carder that is also motorized.

While my equipment came to me slowly, I’m glad that it did as I learned how to do what I wanted to do without it and once I had it I appreciated it that much more. I find myself using it all depending on the project I am taking on but I am still attached to my first wheel, it has served me extremely well and it my primary/go-to wheel for just about everything.

Fabulosity Yarn became an official business in 2011, I feel fortunate to have come this far and look forward to what the future will bring me in the amazing yarn filled journey! Thanks for reading! xoxox, Joy

Last updated on April 29, 2022
Thank you so much for stopping by my little yarn corner of Etsy!

I have been immersed in all things fiber, yarn and spinning since 2005.

I want everyone to be happy! If for some reason you receive your purchase and are not pleased, please contact me at once. If you decide to return the item, I will need it sent back to me within 10 days of your receiving it. I will refund your money minus shipping charges as soon as I receive the returned goods. All items need to be returned in unused condition.

I accept and prefer PayPal but also will accept checks and money orders. Paypal arrangements should be made within 3 days of purchase please! If paying by check or money order, I require payment within 10 days of purchase, otherwise the sale will be canceled an the items relisted.

Custom Orders: When I list a custom order, I will send a convo to the buyer informing them that it is ready. Unless the buyer contacts me with details regarding more time for pick up, any custom order that is not picked up within a week of listing will be canceled and relisted.

I generally ship Priority Mail, but with the rising costs of postage, I have applied First Class shipping where I can. I also recently discovered that I can stuff A LOT of yarn into a flat rate shipping box for $9.80, which can save a lot on shipping. Should you overpay me for shipping, I will refund the overage.

I also ship internationally, please contact me for shipping quotes before purchasing.

I don't automatically apply insurance to my packages, but if you would like your purchase to be insured please let me know and I will be happy to accommodate you.

Once I ship your package, I am not held liable for it once I have delivered it to the post office. I do apply delivery confirmation/tracking numbers for packages shipping in the US. I will apply this information to international packages upon request.

Thank you for buying handmade and for choosing me to provide you with one of the tools to make your creations! Have fun and make many beautiful things!