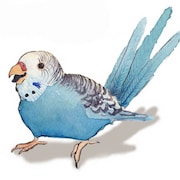 Announcement    Hey Heyy! I'm so glad you dropped into my shop! As of April 2022 - I'm in the process of making some big changes to my shop. Stay tuned! -Amy DeCaussin
Questions? Contact me: amydecaussin [!at] gmail.com

*As Seen on MSN Living*

Hey Heyy! I'm so glad you dropped into my shop! As of April 2022 - I'm in the process of making some big changes to my shop. Stay tuned! -Amy DeCaussin
Questions? Contact me: amydecaussin [!at] gmail.com

*As Seen on MSN Living* 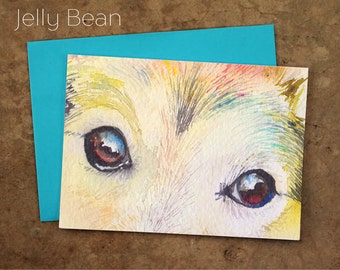 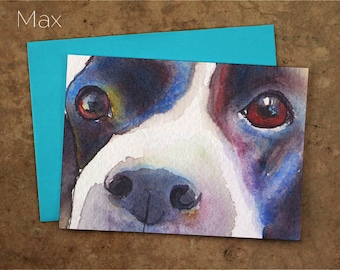 Amy DeCaussin spends most of her time immersed in the world of watercolor. She has an obsession with bright colors and is pursuing a career in illustration and animation. Other influences in Amy’s work include comedy, musicals and awkward moments. She also has a background in dance and choreography and a curiosity for narrative set in motion. Combined with her love of writing, Amy also creates stop motion animated shorts.

Amy received her BFA in Art & Design, with an emphasis in Illustration and a Minor in Business from Grand Valley State University in 2009. In early 2010, Amy established Funamals LLC to pursue her creative works. Her business grew into one that is recognized for animal paintings and portraiture. Her work through Funamals was featured on MSN Living in December of 2013. The company has established a niche market in the pet industry and offers a wholesale line of greeting cards. Amy is proud of the success of Funamals but also seeks to expand beyond her company to pursue more creative works.

In 2012 she attended the Society of Children's Books Writer's & Illustrators conference in Lansing, Michigan and received 1st runner up for an outstanding portfolio. The award came with a mentorship with renowned illustrator Wendy Anderson Halprin.

Last updated on May 18, 2022
I'm so glad you visited my shop! Here, my work is geared towards pet lovers & venterinarians. If you would like to see what else I do, check out my main site! http://www.amydecaussin.com

Funamals LLC cannot be held liable for lost or damaged goods. Purchases will not be refunded or replaced.

If you want to send a personal check, that is no problem! Please make checks out to: Funamals LLC. Items will be sent once your check has been received.

Shipping goes through the U.S. Postal Service. You will receive a message confirming that the item has been sent.

All items are packaged with care using environmentally sound materials. Paintings are placed in a plastic sleeve and sealed to keep it dry during its journey to your home.

You can view more of my work at http://www.amydecaussin.com :)