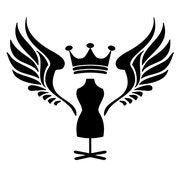 The Harpy & The Hag

The Harpy and The Hag

HarpyandHag is taking a short break

Note from shop owner Catching up on orders and commissions over the next month or two - will be back open by mid-September!

Catching up on orders and commissions over the next month or two - will be back open by mid-September!

The Harpy and The Hag

A self-described geek, Aveline de Ceresbroch has long been interested in history and cultural studies - and majored in political science, history and Russian area studies. Combined with an avid interest in fantasy worlds, she began sewing costumes for friends and family who were too intimidated by the sewing machine to give it a try.

Nearly 20 years ago, Aveline took sewing on as a hobby and is entirely self-taught. In September 2012, a new LARP Chapter was opening up near her, so she offered to sew costumes for several friends and the demand became overwhelming. Everyone wanted to know if she could sew "this" or "that," so she put up a website of all of her patterns and then people from other LARPs started requesting that she open an Etsy shop to peddle her wares and facilitate long-distance sales.

Opened in November 2012, the current inventory of clothing available at The Harpy & The Hag on Etsy is primarily medieval and renaissance in inspiration, however, Aveline specializes in all kinds of historical costumes from early Viking to the Middle Ages to the US Revolutionary War to the 1920s and beyond.

Last updated on May 9, 2022
We are committed to a pleasant and smooth shopping experience and committed to your satisfaction - please let us know if there is anything that we can do to better facilitate this!

Not satisfied with the item? Contact us immediately. We will either exchange your item for something else in stock or issue a refund, upon safe return of our goods. Frankly, though we know we take a risk with this policy, we want you to be thrilled with every product from us that you receive and if we missed the mark somehow, we ask that you give us the opportunity to make it right!