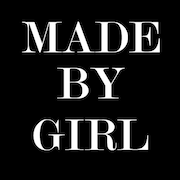 MadeByGirl: ART for the home.

jenniferramos is taking a short break

Note from shop owner MadeByGirl will be closed temporarily while we update a few things - please see our main shop for more info: www.MADEBYGIRL.COM - any questions? email support [!at] madebygirl.com

MadeByGirl will be closed temporarily while we update a few things - please see our main shop for more info: www.MADEBYGIRL.COM - any questions? email support [!at] madebygirl.com

I have always wanted to run my own business and so in 2007, I launched MadeByGirl.com

We create paper goods and typographical posters & sell them to customers all over the world from California to Australia to France. Aside from the online shop, I also sell here on Etsy and more than 30 stores across the United States, Canada, Australia and the United Kingdom.

MadeByGirl has appeared on many blogs & in several publications such as Inside Out, Marie Claire, Pregnancy, Lucky, Real Living Australia and more. My work has also been written about and featured on dozens of design blogs throughout the country.

A lot of people have tried to copy my work - sadly they will be known as copycats.

Last updated on May 9, 2022
All prints designed by Jen Ramos of MADE BY GIRL. This is a small collection of many more I have on my www.MadeByGirl.com shop. A lot of my work has been featured in magazines as well as MANY DESIGN BLOGS!

PLEASE MAKE SURE YOUR (PAYPAL ADDRESS) IS CORRECT. MAILING LABELS ARE GENERATED FROM THE ADDRESS IN YOUR PAYPAL AUTOMATICALLY AND NOT YOUR ETSY ADDRESS!

ALL USA ORDERS ARE SHIPPED WITHIN 5-6 BUSINESS DAYS. YES, WE DO SHIP INTERNATIONALLY (please allow up to 15 - 20 days for shipments outside of the USA) :)

THINK TWICE BEFORE COPYING OR TRYING TO REPLICATE MY WORK. I WILL NOT HESITATE TO TAKE LEGAL ACTION AGAINST THOSE WHO STEAL.