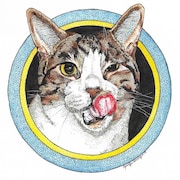 PRINT "Not So Black and White" 5.75in x 11in Watercolor and Ink Painting 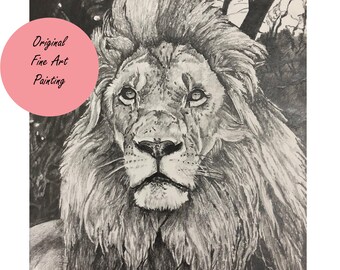 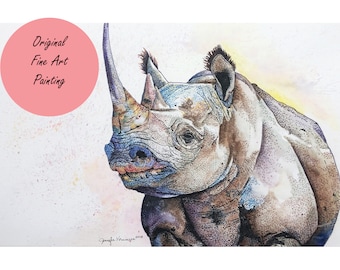 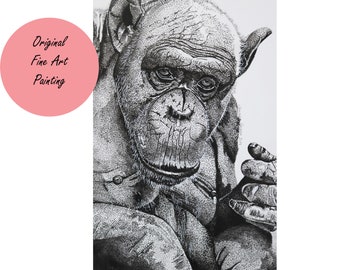 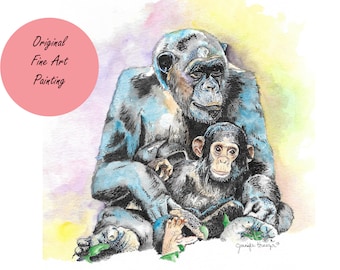 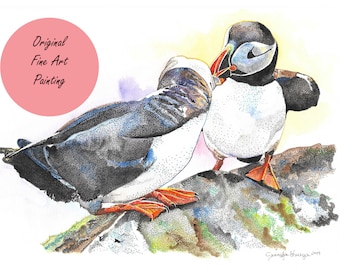 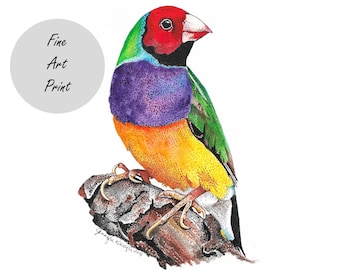 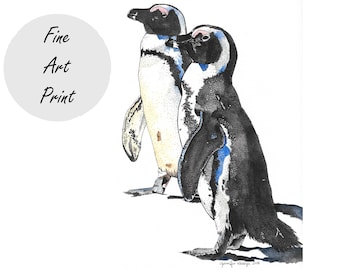 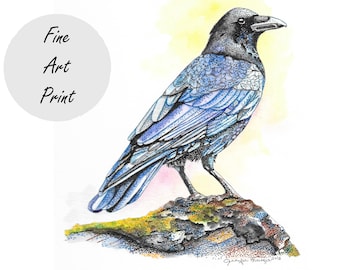 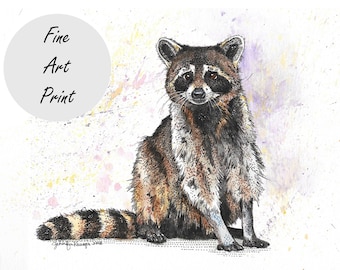 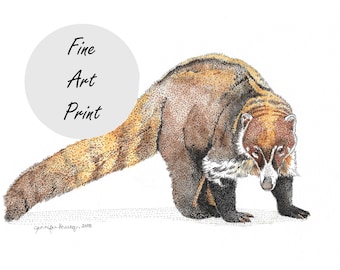 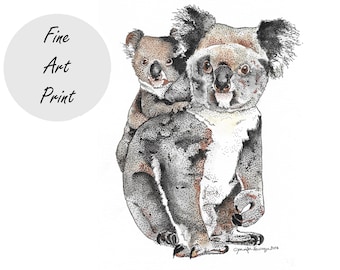 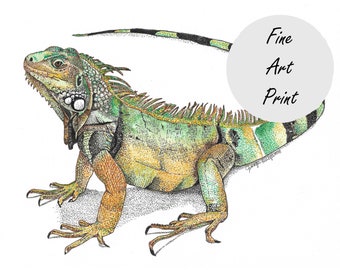 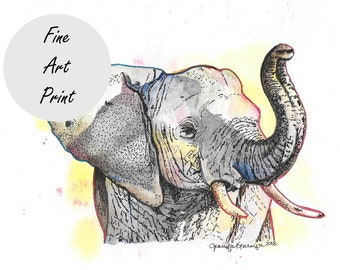 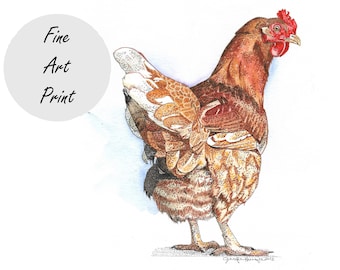 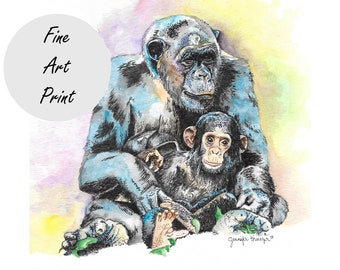 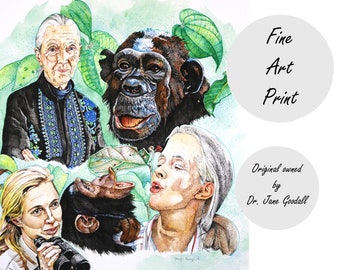 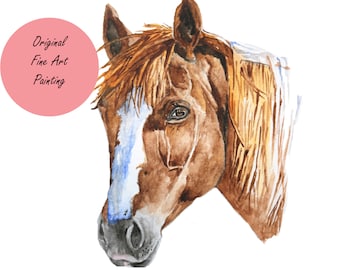 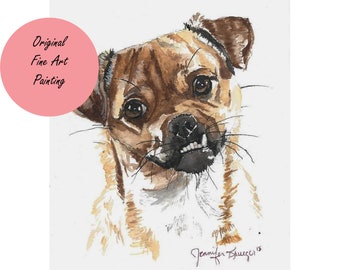 Jennifer Krueger is a mixed media artist who specializes in wildlife paintings. She uses a multitude of mediums and techniques to create one-of-a-kind pieces of art that are truly unique to her style.

Jennifer found her passion for animals and art at a young age. She grew up taking care of chickens, ducks, geese, rabbits, dogs, and a cat at her family home in Wisconsin. In high school she worked at a local animal shelter and eventually went on to get her master’s degree in Anthrozoology, the study of the interaction between humans and non-human animals, from the University of Exeter, UK in 2016.

She is particularly interested in the relationships we create with the animals we love versus the animals we find to be a nuisance or only existing for food. It is through this interest that she created her most recent series of paintings about the need to conserve our most vulnerable species. “Every animal has a place on this planet, and I feel it is not only my duty to educate people on the plight of these animals, but also to show them the depth of love and emotional richness all of these species have.”

Jennifer considers herself to be an artist since birth; although, she only minored in studio art in college. She has been drawing and painting since she was a child and fondly remembers drawing with Pappy Drewitt, the host of the children’s show Pappyland. She started her art career with small, commissioned work in high school and eventually opened her pet-portrait business Jenwin Creations in 2013. Her mediums of choice were mainly graphite and colored pencil. She eventually transitioned to only watercolor and ink for commissioned work in 2018. This technique was born out of experimenting with watercolors while in graduate school. She thought the watercolors needed more contrast, so she started stippling over the painting with pen. Since then, she has incorporated this style into all her current paintings.

​Jennifer considers herself to be an intuitive artist and works in whatever mediums and textures she deems necessary for the piece. Her current personal work explores a multitude of mediums and textures. She explores different techniques by following her gut. “I get an idea in my head, and I need to try it out. Whether or not it will work doesn’t matter; although so far I have been pleasantly surprised.” Her current work consists of adhering watercolor paper and mat board to a canvas and combining the mediums of watercolor, acrylic, ink, oils, and metallics.  This idea was born from a meditation Jennifer participated in, and she has not looked back since.

​Jennifer strongly believes in connecting the viewer to the soul of the animal whose portrait she has painted. She believes that “once you can see yourself in the eyes of an animal, you have no other choice but to help them.”

Jennifer is a member of Artists of the Superstitions, Artists for Conservation, and the Animals and Society Institute. She has won awards for her work in Arizona and Colorado and has been in publications by Shoutout Arizona, Voyage Phoenix Magazine, and the Queen Creek Independent.  She currently resides in Phoenix, Arizona with her boyfriend and four cats.

Request a cancellation within: 12 hours of purchase