Announcement    All t-shirts and tank tops being marked down by 40%! If you have your eye on one, get it now! I won't be printing more once the inventory is gone! Will be adding lots more styles soon.

All t-shirts and tank tops being marked down by 40%! If you have your eye on one, get it now! I won't be printing more once the inventory is gone! Will be adding lots more styles soon. 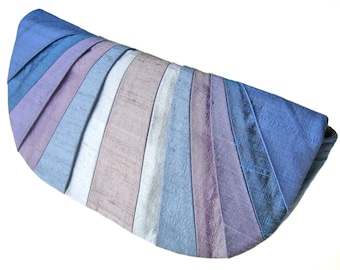 Stitching my immortality into existence

I'm originally from Harrisburg, PA, where I never gave a single thought to being a designer. For years I thought I wanted to go to school for music journalism. After high school I moved to Phoenix where I had several different career aspirations, including doctor of natural medicine and music producer. One day a friend of mine showed me a purse she had made. it was simply a sparkly rectangle folded in half with a cord strap. I thought "That looks fun and I bet I can totally do it better." Shortly after, another friend just happened to mention she was taking a fashion course at the local college. I signed up for the next semester and never looked back.

I attended Phoenix College where I received an A.A.S. in Fashion design and also worked for 3 semesters as a teacher's assistant in all level of hands-on construction classing. In 2007 I was awarded the first ever Scottsdale Fashion Week Designer of the Year award. In 2008 I moved to NYC. It was somewhere I never even thought about living. It just suddenly became an option. Now I can't imagine living anywhere else, the opportunities are so endless!

Sewing and creating are my life and I love every single second of what I do. I take great pride in my designs and part of me goes into every item I make. All of my purses, neckties and apparel are of my own design, from patterns I make from scratch. I work hard to cultivate a unique and interesting aesthetic which I love unleashing upon the world! I get so excited about every single item I sell and sending it on its way to its new owner. I like to think that the things I design will outlast my lifetime, and in doing so I am extending my existence. Not infinitely of course, but just a worthwhile little bit.

Last updated on April 28, 2012
Hello and welcome to my Etsy shop! Here is some helpful information regarding purchases. Please contact me if any of your questions are not answered here.

If for any reason you are not completely satisfied with your purchase I do accept returns and offer refunds. First and foremost, please inform me that you will be sending a return before you drop it in the mail. Returns must be received by me within 10 days after they were received by the buyer. I send all domestic orders with delivery confirmation, so this is tracked. Once I have received the returned item I will refund you the full cost of the item itself, but shipping charges will not be refunded. Allowable time frames and terms may vary slightly for international orders depending upon the circumstances.

Payment is accepted via Paypal only. All orders are expected to be paid for at time of purchase. If your Paypal payment is via e-check your purchase will ship as soon as your payment clears.

I collect sales tax on any purchases from NY state residents and this is automatically calculated at check-out.

Many of the items listed in my shop are all sewn up and ready to fly out the door on their way to you, but a lot of them are also made to order. In this instance, I do my best to have ALL orders ready and shipped within 7 business days of the original purchase date. If you need to receive your purchase in a rush, please let me know ASAP so I can accommodate your request.

All domestic orders are shipped via USPS Priority mail with delivery confirmation. International purchases are normally shipped standard airmail. I am willing to ship International Priority but it will be a significant increase in cost, as I.P. mail starts at around $19. If you would like your item shipped in a different manner than I normally do just let me know and I will revise your invoicing.

For wholesale or consignment inquiries, please contact me at jesswitaj [!at] gmail.com
I would love to work with you!