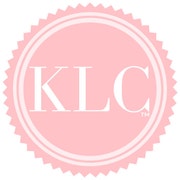 karenleecreations is a Star Seller!

Announcement    "Give her of the fruit of her hands; and let her own works praise her in the gates."
Proverbs 31:31

"Give her of the fruit of her hands; and let her own works praise her in the gates."
Proverbs 31:31 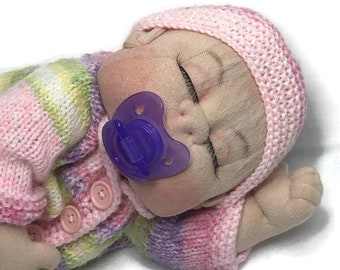 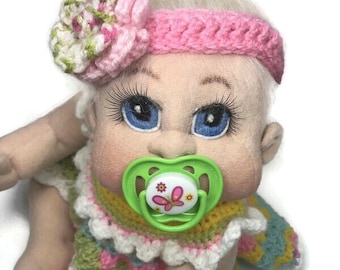 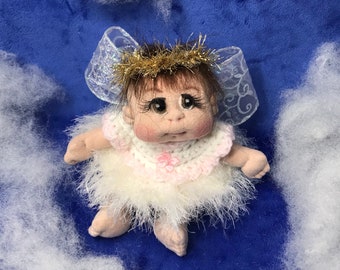 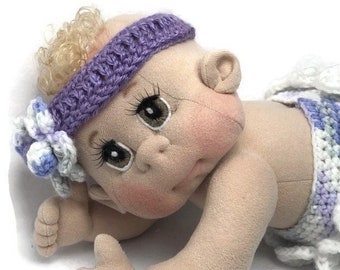 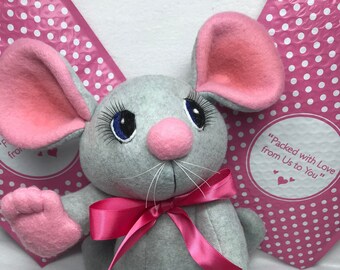 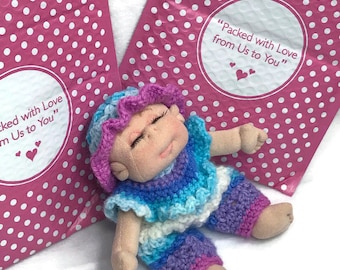 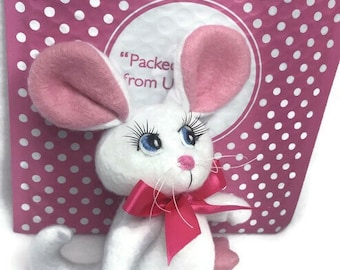 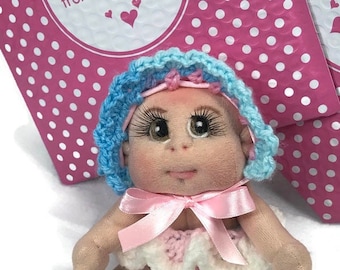 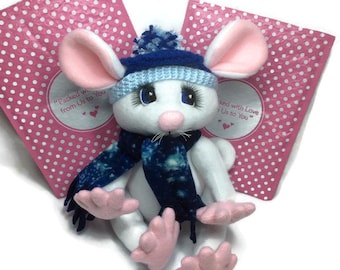 White Mouse. READY to SHIP, made in the USA 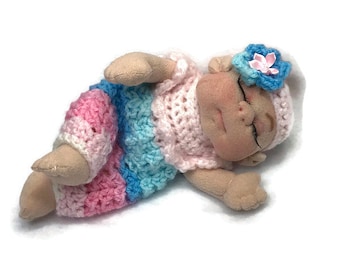 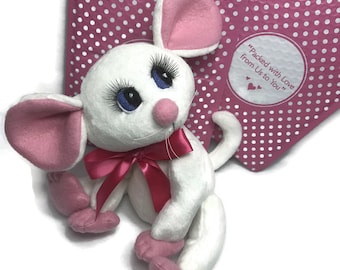 White Mouse. MADE to ORDER, made in the USA 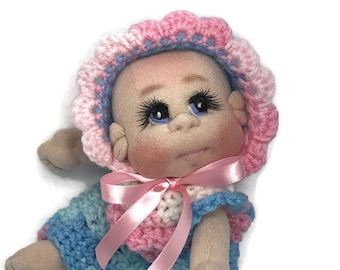 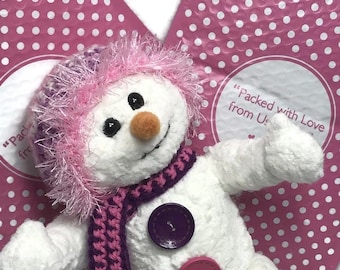 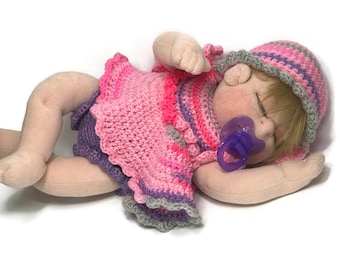 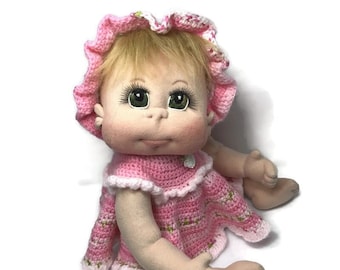 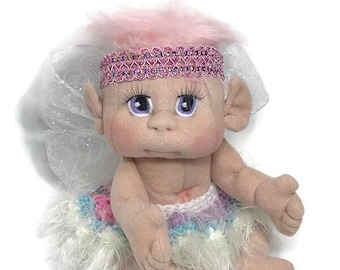 Soft Cloth Fairy Princess 10" MADE to ORDER, Made in USA

when, after the birth of my third child back in 1983, it became apparent that working outside the home to supplement the family income was not feasible. The going rate for child care for three kids under the age of 5 years was $5.00 an hour. The Cabbage Patch craze was raging and a number of cute soft sculpture doll patterns had hit the market. My mother decided to buy me one and told me to give it a try. Well, the first one turned out pretty well and I actually sold it! Soon, my kitchen table was covered with fabric, pattern pieces and a simple sewing machine that mom was kind enough to let me use. I stayed up late every night and dutifully stitched away, because the market was so good that I actually sold dolls as fast as I could finish them. Thus, 1983 was the year that Karen's Kids was born.

For years I kept busy by selling my dolls at craft shows and wholesaling to small gift stores. I was able to stay home with my children through most of their grade school years, however, when my daughter was off to college and my sons were still in high school, I found my self divorced, alone, and with the massive responsibility of feeding and clothing my kids. More frightening still was the fact that I had just been diagnosed with Multiple Sclerosis. Fortunately, my step-dad stepped up to the plate, taught me a trade and gave me a job. Grateful though I was t o have a steady job, for the time being, my love for doll-making would have to be set aside.

I worked a total of 10 years in customer service, long enough for my boys to leave the nest and then some. But something was missing in my life. Having made my first stuffed animal when I was about nine years old, I had always had the creative urge. I made pot holders when I was six and went door to door selling them for a nickel each. I just had this innate need to create things!

In 2007, Multiple Sclerosis finally caused me to lose my job. Once again I found myself alone, with no income, and living 1300 miles away from my folks. Fortunately my oldest son was able to fly out to Wisconsin in order to drive me back to Maine. One of the most difficult issues with having a disabling disease, is that losing your job can lead to losing all of the assets you have worked so hard for. That is exactly what happened to me. Broke and living with my folks at the age of 50, I prayed that God would show me what to do. This is where my story gets really cool!

The first thing I realized I had to do was to stop feeling sorry for myself and to be thankful that my parents had taken me in. Then I had a curious thought...I should contact an old business associate of mine who had shared a pushcart in a busy mall with me at least 12 years prior. But I had a problem in that she had gotten married and for the life of me I could not remember her last name. Shortly thereafter, I was trying to tune in channel 60 and hit channel 6 instead. This was right after that big earthquake in Chile had hit. Imagine my surprise when at the exact moment I mis-programmed the remote to channel 6, my long lost friend was being interviewed on channel 6 news! Not only did I recognize her face, her name was in bold print........on TV! She was reporting that her parents in Chile were safe! Praise God!

My next step was to look her up on Facebook, and sure enough, I found her. She encouraged me to start making my dolls again, and in 2009, Karen's Kids were reborn into KarenLeeCreations, with a totally redesigned product. Since then I have added to my line to include stuffed animals, all originally designed and one of a kind.

I am sad to report that my beloved Step-dad has since passed on, but he left me with wisdom that will be with me for the rest of my life. The most important thing he taught me was never to give up. Disease and disability, along with other adversities are just obstacles to be overcome.

Today, though I do struggle with health issues which have slowed me down considerably, I am so blessed to be able to continue doing what I love....creating one of a kind dolls and animals and knowing that they are making people happy. For me it is not about making money, rather it is about giving glory to God for when I needed Him the most, He picked me up and pointed me in another direction. I am so grateful to have a hobby that keeps my hands and mind busy.