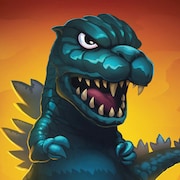 The Art of Kevin T. Chin

Senior Concept Artist and illustrator in the Austin, Texas area. Future king and chief creative officer of all corgi.

Kevin T. Chin is an experienced concept artist and illustrator in the entertainment industry since 2005. He’s worked at studios like Disney Interactive / Junction Point Studios on the Disney Epic Mickey series and Killspace Entertainment for the Yar’s Revenge Atari remake.

Kevin has also done client work for Blizzard, Upper Deck, Technicolor Interactive, LeapFrog, Ubisoft, Games Workshop and Fantasy Flight Games and has been featured in publications such as ImagineFX and Ballistic’s Exotique series.

Kevin grew up in Warren, Michigan and graduated with a Bachelors of Fine Arts degree from the College for Creative Studies in Detroit. Kevin currently resides in Austin, TX working at Kingsisle Entertainment on mobile/mmo games such as AlphaCat, Rise & Destroy, Wizard101 and Pirate101.