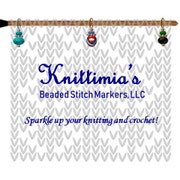 See my table at the Fibernate Fiber Festival on 10 August from 1:00-5:00 at the Vienna Community Center in Vienna, Virginia.

See my table at the Fibernate Fiber Festival on 10 August from 1:00-5:00 at the Vienna Community Center in Vienna, Virginia. 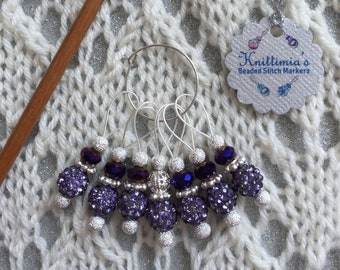 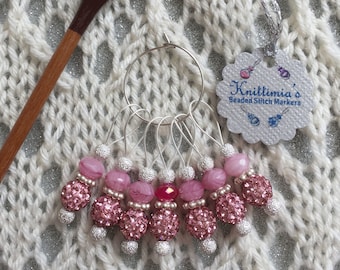 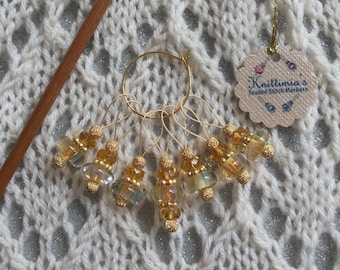 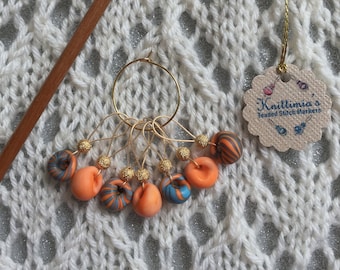 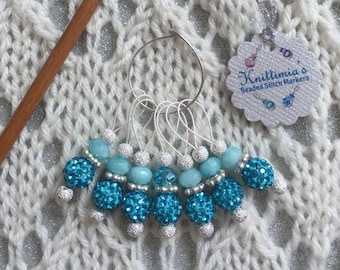 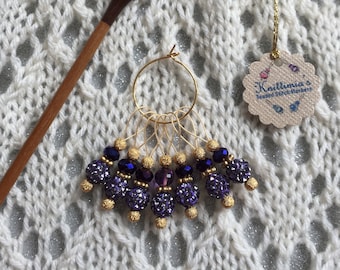 When making beautiful knits, use stitch markers that are as lovely as your yarn and knitting, and that make you happy.

I've been knitting for years and found myself drawn to lace knitting patterns. Stitch markers are a big help when knitting projects with patterns and repeats or large projects where you need help keeping track of where you are. I was using either small rings or plastic hoops. They were making me crazy because they would bounce away and get lost in the carpet, or fall into the couch, never to be seen again - and I was getting tired of crawling around looking for them. A friend gave me a lovely pearl set as a gift. They were definitely bigger and far prettier than what I had been using, but I still found myself dropping them and having problems finding them again. That prompted me to look into making more elaborate markers that were bright and big enough to easily see, but also pretty and fun to work with. Being a knitter myself, I also knew that I should use materials that would not catch and hook on the yarn. I was also frustrated with stitch markers that worked well on small project using thin needles, like socks, but were useless when I was working with bulky yarn or larger needles.

So I was off to my local bead store (Star Beads) to get the equipment and beads I needed. My early work was either very cheap and taken apart many times, or used beads I found to be pretty, without thinking about how much they cost since they were either for me or intended to be presents. I only intended to make a few, but the process of picking out the beads, laying out the combinations of beads, and the construction was so much fun, that I kept making them.

Now I would like to share what I have created with other knitters. I just finished my first sales at a local fiber festival (Fibernate Fiber Farmer's Market) and I have learned a ton that I plan to incorporate into my designs in the future. The comments I heard the most were that they were beautiful, like jewelry, and would also work as a necklace pendant or for earrings. I have tried the pendant idea with my larger sets and that works great.

If you are wondering where "Knittimia" came from, it is a play on my Italian mother's middle name. It is also my name on Ravelry.