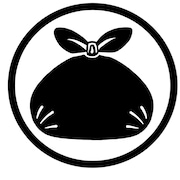 Imagineer of sustainable gifts for parent and child

korokoroworkshop is a Star Seller!

korokoroworkshop is taking a short break

Note from shop owner Taking a short break for the Handmade Gift Show in Seattle this upcoming weekend. Be back Tuesday (Jan 31). Wish me luck!

Taking a short break for the Handmade Gift Show in Seattle this upcoming weekend. Be back Tuesday (Jan 31). Wish me luck!

Nanami graduated with a B.A. in Theatre in 1997, and tried, failed, and succeeded at making a living at it. She created fanciful landscapes and miraculous props. She was the one you called if you needed to drop a lake of feathers from the sky, make walls weep blue, or have actors move through a soft world of pincushion-esque props. Her critically acclaimed, award winning work was seen regularly in Portland, London, and Edinburgh, and has toured around the world.

When Nanami became a mother everything began to shift. When her son turned 18 months and tried to contribute to production meetings Nanami realized that she could no longer keep him in tow. She began working alone at night with her stockpiles of textiles. Some of the fabrics were gifts from her grandmothers who kept fabric scraps, rice bags and sugar sacks from the 1940s and 50s because they were frugal and would use them to make dresses and other household goods.

Both of Nanami's grandmothers were homemakers and seamstresses. Career options back then were grim for second generation Japanese-American women, whose parents thought adequate formal education for girls was to 10th grade. After 10th grade her grandmothers attended sewing school. As seamstresses, they ventured beyond piece work and created new patterns for dresses and costumes of the day.

Nanami enjoys sewing because it brings her closer to her history and future. She now designs and builds reusable alternatives to throwaway culture from her home in Portland, Oregon. Her mother gave her a real needle when she was 18 months old and she hasn't put it down since.

If you would like your item to be gift wrapped, I will do it for free in biodegradable/recyclable materials. After the item is wrapped, I will put it in a repurposed, clean plastic sleeve and then package it for shipping.

Please include a message in "note from buyer" saying "This is a gift, I would like it wrapped"--or something like that.

Thank you for your patronage.