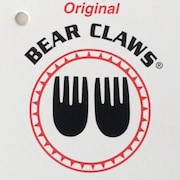 Makers of practical, functional, affordable kitchenware LAST DAY TO ORDER FOR CHRISTMAS 2019 IS SATURDAY DECEMBER 14th! LAST U.S. SHIPPING TRIP OF THE YEAR WILL BE 12/16/2019. THANK YOU for a great year, and best wishes for next!

kootenayspoons is taking a short break

Note from shop owner During the Covid border closure, we are unable to ship US orders. Our shop is temporarily closed. If you need to reach us, email us at info [!at] kootenayspoons.com

During the Covid border closure, we are unable to ship US orders. Our shop is temporarily closed. If you need to reach us, email us at info [!at] kootenayspoons.com

Kootenay Spoons started as a family run business in 1983. We are dedicated to producing high quality wooden tools. Our products are not only guaranteed forever, they really work!

The Kootenay Spoons Story
The Kootenay Spoons of today actually began in Hawaii in 1980. Michael Ferrier had moved his family from the Gulf Islands of British Columbia to manage an organic farm in Kona, Hawaii. During the quiet times there he began carving spoons, calling on the carving skills learned from his grandmother when he was young. Inspired by her creations and fueled by his goal of self-employment, he used spoon carving as a second income.

In 1983 Michael moved his family to Loleta, California, and during layoffs from heavy construction and carpentry he developed a line of spoons and kitchenware, selling them at local fairs. Within a short time Eel River Spoons was an established business with retail accounts dotted throughout Northern California. Bear Claws were born during this time.

In 1993 the Ferrier family returned to British Columbia, settling in the Kootenays. Starting out in a plastic-sheeting shop deep in the woods, Michael was soon overwhelmed with orders from Canadian retailers, and his son Blue joined him, the two of them working side by side for 8 years.

Last updated on May 10, 2022
Hello, my husband Michael Ferrier and I work together making quality kitchenware. Our world-famous Bear Claws are what we are best known for.

Our product guaranteed forever against defects of material or workmanship.

Product is shipped within 1 week of order in most cases.
Olive oil finish on our products can be requested.