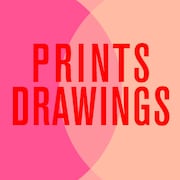 Announcement    FREE SHIPPING ON ORDERS OVER $35 WITHIN THE UNITED STATES!
Here you will find all-original fine art prints, drawings, and giclee prints of illustration work that I've done.
I've recently extended my product line to feature stickers and mugs, and hope that you enjoy those new offerings!

FREE SHIPPING ON ORDERS OVER $35 WITHIN THE UNITED STATES!
Here you will find all-original fine art prints, drawings, and giclee prints of illustration work that I've done.
I've recently extended my product line to feature stickers and mugs, and hope that you enjoy those new offerings!

Blurring the line between art and design

A native of Cleveland, Ohio, Laura Drapac spent her childhood on stage. As a musician and then an actor, she did not consider herself to be a visual artist until college. In 2004, Drapac enrolled as an undergraduate student at Ohio University in Athens, Ohio, where she entered as a graphic design major.

Design classes, though informative, left Drapac feeling unfulfilled. It was her interest in letterpress broadsides that gave cause for her to take her first printmaking class.

Upon graduating with her BFA in printmaking in 2008, Drapac worked for Apple Inc. full-time as a Creative Genius while applying for graduate school. After one year away from academia, Drapac returned to school as a graduate student in printmaking at the University of North Texas in Denton, Texas. She received her MFA in May of 2012, and is now the owner of a letterpress printing and design company, Triple Threat Press. Drapac’s recent work has been exhibited internationally.

Last updated on May 18, 2022
Welcome to my shop! Thank you so much for your interest in my artwork.

Refunds and Exchanges are very unique cases. Please reach out if you think that you may qualify for a refund or exchange. Note: refunds and exchanges will not be given for items lost or damaged by USPS. Those cases must be handled via the shipper, and will be settled upon final decision by the shipper. Refunds and exchanges will also not be permitted should buyer changed their mind about the product after payment and did not notify the seller before shipment.

All refund and exchange queries must be made in the form of a message to the sender within 30 days of delivery. Said message should contain your name, your Etsy username, the product(s) you wish to refund/exchange, and the reason for the refund(s)/exchange(s).

Of course, there will be always be certain cases that require special attention. If you feel as though none of the above refund/exchange stipulations fit your situation, please notify me ASAP. I would be happy to work with you to resolve any problematic situations in a way that keeps everyone happy!

I gladly accept payment through Paypal and Etsy Checkout.

If you wish to cancel an order, please notify me ASAP. Once orders have shipped, they cannot be cancelled.