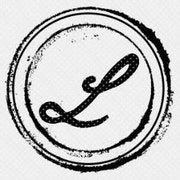 LedbellyVintage is taking a short break

Note from shop owner Thank you for visiting Ledbelly Vintage. We are currently on a break as we're preparing to move from California to Texas. Our shop will be live again, starting on October 25, 2021.

If you are highly interested in any of our products, please feel free to contact us and we will happily reserve the item(s).

Thank you again for visiting and have a great day!

Thank you for visiting Ledbelly Vintage. We are currently on a break as we're preparing to move from California to Texas. Our shop will be live again, starting on October 25, 2021.

If you are highly interested in any of our products, please feel free to contact us and we will happily reserve the item(s).

Thank you again for visiting and have a great day!

At Ledbelly, we create stained glass jewelry and decor inspired by the 1920's-1960's.

"Ledbelly" is a unique spelling of the nickname given to the famous folk and blues singer, Huddie "Lead Belly" Ledbetter. ​The surname is a common thread of Huddie and owner, Melinda Ledbetter.

Lead Belly was a musician in the early 1900's. Some of his most notable songs include "Goodnight Irene" and "Midnight Special". He is also well known for covering, "The House of the Rising Sun" a traditional song telling a person's life gone wrong in the city of New Orleans. While the most successful commercial version of this song was recorded in 1964 by the British rock band (The Animals), Lead Belly recorded two versions of the song in February 1944 and in October 1948 called "In New Orleans" and respectively, "The House of the Rising Sun".

The soul and vibe of the Lead Belly blues and roaring twenties are alive and well in our shop. You might even see Lead Belly music quotes from time to time...

Ledbelly Vintage, originally located in Austin, Texas is now based in San Diego, CA, and online-only at Etsy. Each one of our pieces is curated or created by Melinda Ledbetter. ​We take great pleasure in what we do and while we are based in California, we ship worldwide.

In the unlikely event that you are not happy with your goods, please email us within seven (7) working days at info [!at] ledbellyvintage.com with item(s) you would like to return, and reason for return.

Upon receipt of a confirmation email from us, pack the merchandise with the original box/bags and free of any condition that would prevent it from being sold.

Once the goods are returned to us, we will process a refund. Due to FREE shipping, return shipping and handling charges are non-refundable; you are responsible for all return shipping charges. Ledbelly will not accept responsibility for reimbursement or compensation of lost packages without proof of delivery. Items unfit for return will be sent back to you with an explanation as to why they were non-refundable.

When your return is received, we will process the refund with which the original purchase was made. The time it takes for the refund to post to your account may vary depending on your bank and/or credit card company.

FREE shipping on all orders in the US
Shipping to Canada, Alaska, Hawaii and outside of the US is $8-16.

Domestic:
Your order should take from two to five days once shipped depending on your location. You can follow your package with the tracking information given with your shipping confirmation.

International:
Your package should arrive two to four weeks after we ship it. Please be patient!  We are no longer able to track an order once it makes it past customs. You should receive a custom's number via email when you are notified that your package has been shipped. Use this number to assist you on tracking down your package once it has been sent.

You are welcome to exchange within thirty (30) days of your purchase. Merchandise must have original tags, accompanied with receipt and free of any condition that would prevent it from being sold.

If you wish to make an online exchange, we ask that you return the original item for a refund and purchase the desired item through the website as a separate transaction.