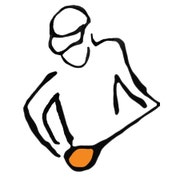 LexArtGlass is taking a short break

Note from shop owner I am taking a break for a while. If you have questions, feel free to email lexartglass [!at] gmail.com

I am taking a break for a while. If you have questions, feel free to email lexartglass [!at] gmail.com

Blowing Glass in the Nation's Capital

I grew up in a small cattle town in the middle of South Dakota. My mother was a musician and pianist, and my father was a carpenter. They had taken a 19 year break from having children when I came along and added a third son to their previous two. I grew up on Main Street. I took lessons in ballet and tap for 10 years, and studied piano under the guidance of my grandmother. I worked hard in school and then, like so many others from that part of the country, I left. I now live in Washington, DC, and I blow glass at DC Glassworks, a public access studio in Prince George's County, Maryland.

I've always had an appreciation for the visual and performing arts, although my own ventures in visual arts began much later in life. I remember being amazed watching a college roommate (an art student) draw a self-portrait in dots as he sat in the doorway of our dorm room. (He also maintained an assembly of vegetables in a still-life well past its prime until I threw it out.) A close friend of mine is a set designer. And of course, I hold dear the memory of my father's work as a cabinet maker.

I identify more closely with glassblowing as a craft than as a medium for conceptual art or other forms of sculpture, although I recognize and appreciate its use in those ways. I make objects that can be used in everyday life. At the same time, I try to bring a bit of levity or color to platters, bowls or vases--in the same way that my father would taper the legs of a buffet or bevel the edges of a cabinet, giving them a distinctly mid-century design. (He learned his craft in the mid-1940s with assistance from the GI Bill).

I enjoy the process of glassblowing more than the successful completion of an object. When I work with fluid glass to give it form, add color in a new way, or practice a new technique, I focus on the moment and other concerns slough away. The heat of the studio puts me in a different state of mind. A state of openness, and if I'm lucky, a state of inspiration and creation.

Last updated on January 23, 2023
Each item of Leo Lex Glass (LexArt Glass) is handmade. My goal with each piece is to create an item that is balanced and beautiful. Because of the nature of the craft, each piece is likely to have small imperfections or markings that distinguish it: bubbles, faint ridges left by tools during shaping, and almost always a punty mark on the bottom. Most of the colors that I work with are transparent. To really enjoy the beauty of those colors and the luminescence of the glass, plan to display them in well-lighted areas. The photographs shown in the shop were taken using white backgrounds and good lighting to emphasize the color of the glass at its best.