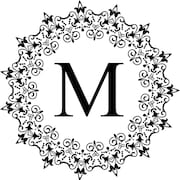 MariasMantillas is taking a short break

Note from shop owner My shop is on vacation mode until Etsy publicly apologizes for the sale of Consecrated Hosts intended for hateful acts on May 9th.

My shop is on vacation mode until Etsy publicly apologizes for the sale of Consecrated Hosts intended for hateful acts on May 9th.

Why I Veil and Why I Make Mantillas

I began wearing a mantilla in church when I was in college. It was basically a dare by some friends of mine, but, when I tried it, it really felt like a good thing for me spiritually so I continued wearing a headcovering each time I went to church. It wasn't always easy, and sometimes even felt awkward when there were very few other women covering their heads, but as the years went by it got easier. I learned more about the once common tradition that is now much less popular. Before the 1960s women always covered their heads in church, just like men uncovered them (which the men still do).

In the past few years I have seen more and more women desiring to bring back the tradition to cover their heads, whether it is with a mantilla, a scarf, or a hat. There are many different options, but I decided to focus on making mantillas for those women who gravitate towards the style popularized by Jackie Kennedy.

When I started sewing mantillas I wanted to make a product that was beautiful and worthy of the special occasion of wearing it to church. I found fine laces and lace trims and got to work designing and creating my mantillas!

Each mantilla is carefully sewn with precision to be of the highest quality possible! Every one I sew I would feel proud to wear myself, and many of them I am so tempted to keep and not sell at all! I hope that every one of you who purchases a mantilla will see as much beauty in it and in the tradition of veiling in church as I do, and I hope they are an inspiration to many!

Many of the laces I use are unique and may be hard to find again. If you are interested in a custom order, please contact me and I will work with you as much as possible to help you find what you are looking for.

Custom orders will take longer to complete and ship than my pre-made items. Please understand that at times I may not be available to do custom orders, but I will help as much as I can.

Returnability of custom orders will be decided on a case by case basis. For example, if you order a mantilla in blaze orange lace I will not accept a return as it is a very specific taste that others may not appreciate. Please keep this in mind when placing your order.

I reserve the right to deny doing a custom design for any reason.

Each mantilla is sewn by me with care. Please note that sizing may vary slightly from the description due to human nature and slight variations when measuring.

Please see individual listings for approximate size of the mantilla.

With proper care these mantillas can last years and even generations. Please treat them with care.

It is not necessary to wash mantillas after each use, only when they get dirty. Keeping them as clean as possible will extend the years of use.

Dry flat or hang over a rod or clothesline. If possible do not use clothespins as they could leave an indentation in the delicate lace or could snag it.

If your mantilla wrinkles, steam it in a steamy bathroom or use an iron on low with a cotton cloth (such as a white baking cloth) between the lace and the iron. Slowly bring the iron up in temperature if the lowest setting does not get the wrinkles out.