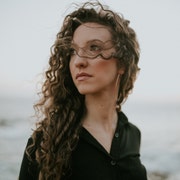 Announcement    Thanks so much for stopping by my shop! Learn more about me at MeganTibbits.com. Follow me on Instagram @megantibbits.

Thanks so much for stopping by my shop! Learn more about me at MeganTibbits.com. Follow me on Instagram @megantibbits. 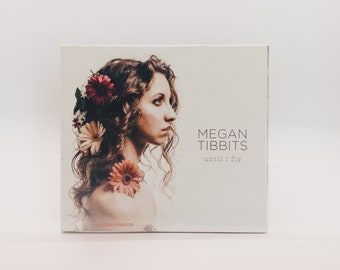 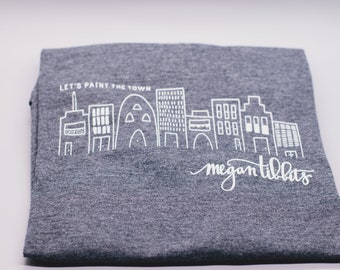 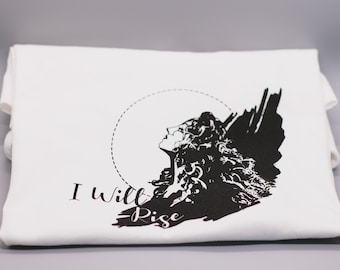 I Will Rise T-shirt

Megan was born into a family band called “Living Truth” and toured the country for twelve years, singing and playing instruments in a variety of venues. She began singing on stage with her family at age three, singing harmonies on albums by age six, playing piano by age seven, writing songs on guitar by age twelve, all the while studying harp, oboe, and saxophone.
After graduating with a Music Education degree from Cornerstone University, Megan joined the performance company “The Young Americans” and spent two years performing and teaching music in Germany, the Netherlands, Japan, and the United States. She then made the move from her hometown of Caro, Michigan to Los Angeles to pursue a career in music.
Megan made her television debut on ABC’s “Rising Star” where she advanced to the Top 12. She was also named “Female Singer/Songwriter of the Year” at the L.A. Music Awards and released her album, ‘Until I Fly’. Since then, Megan has worked with incredible artists such as Jonathan McReynolds, Jennifer Lopez, Brandon Heath, Marvin Winans Jr., Danny Gokey, etc.
Fun facts: Alicia Keys recently saw Megan’s harp cover of ‘If I Ain’t Got You’, and Glamour Mag made a video of Alicia’s reaction.
You will also see Megan make appearances in music videos such as Walk the Moon’s ‘Shut Up & Dance’, Gladys Knight’s ‘Just a Little’, & Chrissy Metz’s ‘I’m Standing With You’.
Megan resides in LA, playing music, leading worship, and speaking around the country.