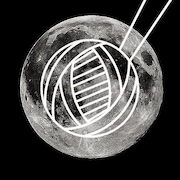 Announcement    Knitting and crochet patterns playfully and thoughtfully designed and tested by me. Lots of outside testing done by others too! Please enjoy my patterns and crochet responsibly. See Ravelry (link below) to view what others have created from my patterns!

Knitting and crochet patterns playfully and thoughtfully designed and tested by me. Lots of outside testing done by others too! Please enjoy my patterns and crochet responsibly. See Ravelry (link below) to view what others have created from my patterns!

A little princess was playing by an old pool. She wore an emerald green frock, covered by a mossy brown apron, and there were butterflies embroidered on her little silk slippers. At the top of the hill, her nursemaid was asleep under an old oak tree, her bonnet rising and falling as she slumbered, a pile of discarded knitting balanced, half-finished, upon her lap.

"I am the princess of the butterflies," Nyniue told a passing frog, as she leapt from stone to stone around the rim of the old pond. She was practicing dancing for her eighth birthday party next week, where she would wear a gown of lavender and don her silver crown.

Nyniue stopped to peer into the murky water at her refection, frowning at her freckles. The glint of her little butterfly pin caught her eye, shimmering there in the pool, it's ruddy refection distorted by the movement of the water. She touched where it rested at the crown of her head, then playfully splashed her refection.

As she straightened to resume her dancing, her heel caught on the hem of her long skirts. For a moment she teetered, caught somewhere between the pond and the sky--then SPLASH, headlong into the pool.

When the nurse woke, languidly stretching from her afternoon nap, all she found at the edge of the pool was the little butterfly pin and a mud-laden silk slipper, balanced half in and half out of the water.
------

I'm the Princess. Etsy is the pool.

Last updated on August 1, 2019
Thank you for browsing my shop! Please feel free to convo me with any questions.

I am a 20-something seamstress turned artist. I found at an early age that I love color. Experimenting with colors, lines, shapes and thread has fulled the passion of my life.

Everything I make is hand-designed and hand-made right in my own home.

I gladly accept returns, and exchanges. The seller must pay return shipping, and I will refund the entirety of you order minus the original shipping.

For digital orders there are no returns or exchanges unless it is an error on my part.

I accept paypal and most major credit cards. Please pay within 3 days of purchase. If you would like to make any payment arrangements, simply convo me and we can work something out! If you need help navigating the payment process, please let me know, I would be happy to help.

I ship only on Mondays, Wednesdays, and Fridays at 10am before work. Your item will be shipped on the day and time that is closest to the one you buy it on. It will be wrapped, and safely stored in a recyclable cardboard container. I will include a card at your request if the item is a gift.

All items are shipped for the lowest shipping rate possible to save you money. If you would like faster shipping, please convo me before purchase so I can quote you.

I will refund any shipping charges that are not used for shipping purposes.

I am open to trades, just convo me! All my items come from a pet-free and smoke-free home.