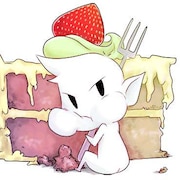 All things squishy and cute

Announcement    One of a kind crochet dolls and doll accessories ranging from cute, geek, creepy or odd. You can check out more geekery at http://nonaptime.com.

One of a kind crochet dolls and doll accessories ranging from cute, geek, creepy or odd. You can check out more geekery at http://nonaptime.com.

No Nap Time was conceived in 2010 which resulted from late night delirious conversations of people, subjects and things that would look "cool" as a crochet doll. The phrase was coined from an sound file of a friend's phone alarm which involved his children yelling "No Nap Time!" when asked to go to bed. It was an appropriate war cry for the sleep deprived night shift crew.

NNT is run and operated exclusively by Angel. She writes and develops the crochet patterns. She repaints and customizes the dolls. She processes the orders, answers all inquiries, writes tutorials, runs the blog, essentially every aspect of NNT.

Though NNT started out with crochet dolls, it has later expanded to include the artist's other interests such as customizing 1/6 scale dolls and toys, illustrations, miniature food and geek accessories.

I am no longer taking custom OOAK orders. I very much enjoy working on individual projects but I haven't been able to find a way to make it fit in my business as a sustainable form of income.

Do you do trades?

I don't have time for trades for the same reason as I don't take on customs.