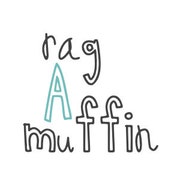 Announcement    I’m on strike. Find out why at 👉 etsystrike.org/petition 👈 and please boycott Etsy April 11-18 in solidarity with artisans and vintage sellers! In the meantime, see my about section for where to find me.

I’m on strike. Find out why at 👉 etsystrike.org/petition 👈 and please boycott Etsy April 11-18 in solidarity with artisans and vintage sellers! In the meantime, see my about section for where to find me. 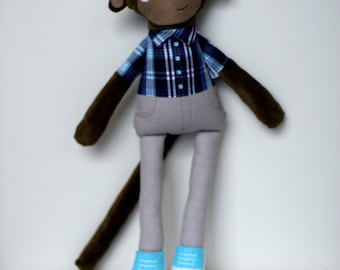 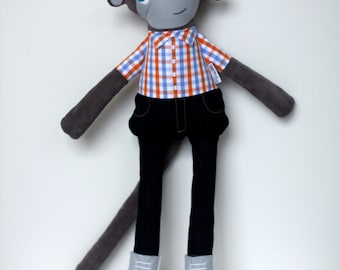 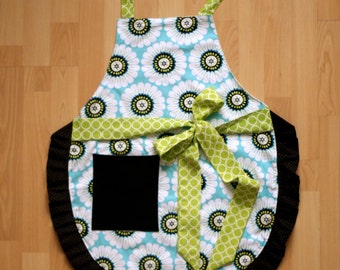 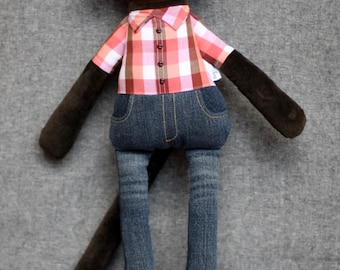 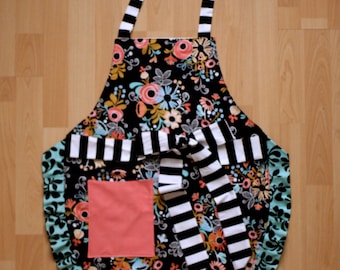 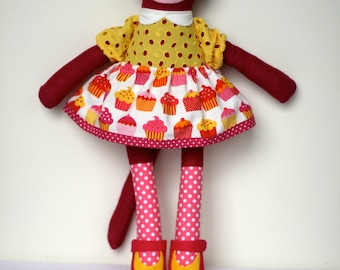 As a kid I made myself a dollhouse for my trolls. (hey, they were popular back then.) All sizes of shoeboxes stuffed into the basement window. They each had a waterbed and even a set of clothes that I made from my mom's fabric and notions stash. It could entertain me for hours on end- even though my friends were into trolls, none of them had troll houses. One day my cousin came over and laughed at what a dork I was for making such a useless pile of crap. She was teasing me that someday I would probably make my own couch. I thought hey, that would be cool- not dorky!

In high school I would sit on the floor in my room with the door shut listening to music and making little sculptures out of colorful Sculpey clay that I would bake in the oven. I was soon surrounded by little trippy guys and people. I'd show you all photos but they all got broken in the several moves I have had since then.

My senior art project in high school was a coffe table made out of broken skateboards and coffee cans. I got an A.

My mom got me a sewing machine for christmas in 2005. I was still baking a lot and working, so I did a few projects with her, mostly quilts.

In 2008 I got married and we moved into a bigger place, so I set up a desk for my sewing machine and mostly made stuff for friends and family. I opened up my etsy shop in 2009. (In my first year I only had 2 sales.) In the summer if 2011 we moved to San Francisco and my shop totally took off- since then I have made lots of custom dolls, and some of them have gone to Australia, Canada, Spain, and Italy.

This past summer I participated in the Renegade Craft Fair in San Francisco. It was a huge success, and I hope to be able to be included every year!

I have been building (hoarding!) my fabric stash, and trying every new thing I can get my hands on.

I love details- tiny shoes, embroidered faces, pirate hats and swords, little ruffles on dolls dresses and appliqued quilt blocks. I have been trying lots of new things recently- a custom bumper for an oval crib, a matching apron and dolly for a one year old's birthday, a ruffly round pillow for my bed.

It's like I'm back in the basement as a kid, or on the floor of my bedroom as a teenager- I sit in my studio and make stuff all day long. It's my dream job, and I love it!

I started out making things when I was just a kid. I made a dollhouse for my troll dolls (they were so totally in at the time, don't judge!) I also made them little clothes out of the scraps that I stole from my mom's fabric stash. And water beds out of ziplock baggies. :)

Fast forward a decade or two, and here we are. I live in San Francisco with my husband and our kitty, Matilda. I work out of our apartment making dolls, animals, aprons, mobiles, blankets, quilts, and whatever else is fun to make. Most of my work is custom orders, I love a challenge. To see the wide range of things I have made, visit my website at www.ragamuffin-baby.com

Refunds are offered only on items that are already made, and only if they are cancelled before shipping. Custom orders are not returnable. I will do my best to communicate with you to get each and every detail correct before I ship it out.

I do not offer discounts. I don't actually make money doing this, as making money is not my goal. I do this because creating makes me happy. My prices cover the cost of materials and some of my time. Any kind of discount given would mean that I would be working for free. I would not ask you to work for free, so please don't expect me to either.

Any details (colors, embroidery, extras) MUST be approved by me and put in your reserved listing before payment. After payment, no changes may be made. No exceptions.

International orders will have different shipping costs based on where you want it shipped. I use Priority Mail from USPS, and I don't mark up the shipping costs. If you need an item faster, just let me know, we can work something out!

On custom orders, I highly advise purchasing insurance. Please let me know ahead of time so that I can add that to your shipping costs.

I am currently 3-4 weeks out for new and custom orders. That means that in 3-4 weeks your item will be ready to ship to you.

I am licensed to make mmmcrafts patterns, so I can make any of her creations as well.