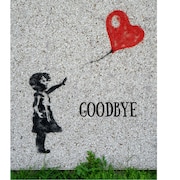 RagamuffinsandCo is taking a short break

Note from shop owner Ragamuffins is now closed. Thanks to all our clients and followers for 6 years of support and encouragement xo

Ragamuffins is now closed. Thanks to all our clients and followers for 6 years of support and encouragement xo

Creating comfort and happiness for children and their parents

I started my business and my etsy shop in 2012.

At the time, my youngest son Eoin was 2 years old and a HEAVY drooler. I started to make bandana bibs with the extra absorbency that he needed. Friends, family and my network of daycare moms showed an interest, and before long even local childrens' boutiques in Montreal were placing orders with me.

As my boys grew and their needs evolved, I began to think about other items they needed, such as winter neckwarmers, baking aprons, bookmarks, etc. Ooooh if only there were more hours in a day!

The childrens' boutiques also inspired me to create other baby essentials to match the bandana bibs, such as burp cloths and pacifier straps. And before I knew it I became a one-woman factory.

I've now expanded my stockists to other towns in Quebec and Ontario. And employ the services of one or two sewing-obsessed friends at times when demand is high.

My current passion is designing hip, age-appropriate, non-Disney-themed t-shirts for my boys, Eoin is now 7 and Conor is 10. They are my sweethearts!

Last updated on May 10, 2022
Welcome to Ragamuffins. We're all about comfort and happiness for children and their parents. Our creations are beautiful, hip and completely practical. Enjoy your visit to our shop.

For online Etsy sales, we accept Paypal and Direct Checkout.

For local sales, including craft fairs and customers who shop at our home studio, we accept Cash, Credit Card (Visa, Mastercard and AMEX) and Interac Transfer.

We do not currently apply sales tax.

Payment is required before orders can be shipped.

We welcome Custom Orders, and request a deposit of 50% of the sales price before the order is produced. The remaining 50% is requested prior to shipping.

Cancelled orders are ok, but try not to make it a habit! We understand that things happen, customers change their minds, or have to prioritize another expense. We're human, and parents too.

Small, lightweight items such as Bibs, Burp Cloths, Kids' Aprons, Neckwarmers, and T-Shirts ship via Letterpost or Light Packet with Canada post. These services do not include tracking or insurance.

Here are the shipping times, however Ragamuffins is not responsible for Canada Post delays of any kind, such as weather, technical problems, company disputes, etc.

All shipping is without insurance or tracking, and international customs or duties are the responsibility of the buyer.

If you would like your item faster or shipped via a different method, no problem! I'll be very happy to get you the best possible shipping estimate for the service you require. Simply message me through Etsy Conversations and we'll work it out together.

Local pickup is also available. We are located in the beautiful neighborhood of Notre-Dame-de-Grace (NDG) in Montreal. If you would like to pickup, send me a message before you place your order, and I will give you a Coupon Code for free shipping.

We guarantee the quality and craftsmanship of every item. All items are handmade in Montreal, in our pet-free, smoke-free home studio. The vast majority of items are made by me, Louise Howard, the owner and creator of Ragamuffins.

At extra busy times, such as holiday craft fair season, we outsource sewing to one or two other local sewists, whose handiwork and commitment to quality is outstanding.