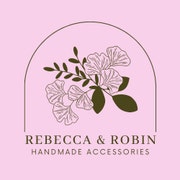 Welcome to Rebecca & Robin Handmade Accessories! We create nature-inspired fabric and textile accessories for women. Receive free shipping on orders of $35 or more! 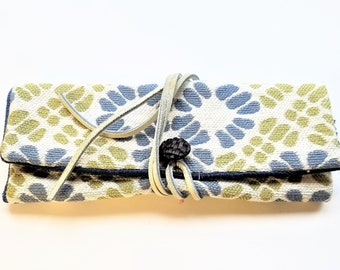 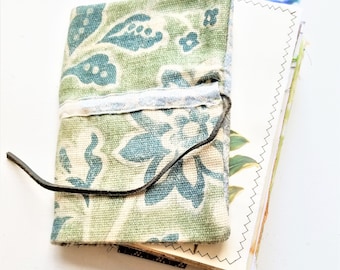 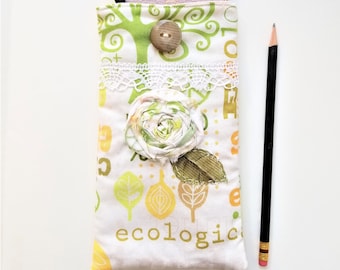 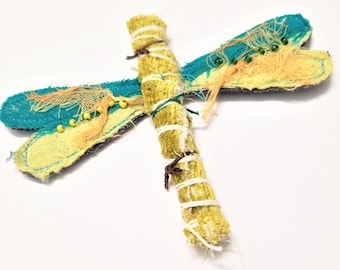 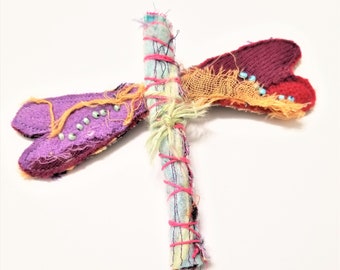 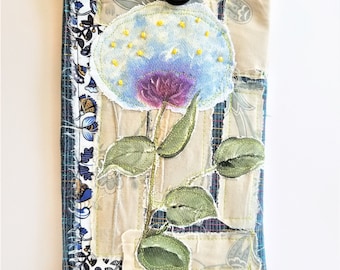 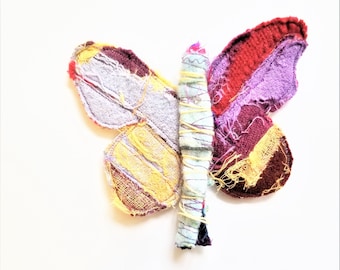 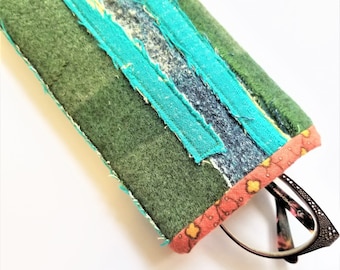 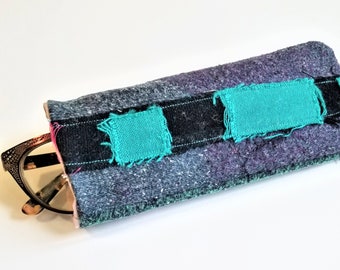 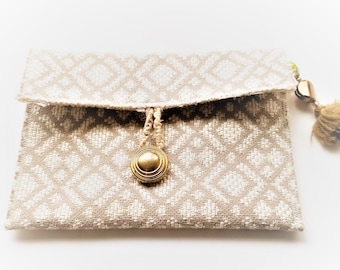 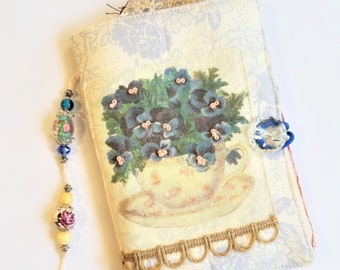 Creative Spirit With a Passion for Sewing

My grandmother emigrated to the United States in 1921. She brought with her a love of sewing, which she eventually passed onto to my mother and then to me. I learned to sew by sitting at my grandmother's side and watching her create beautiful dresses, skirts and slip covers on her antique Singer sewing machine. The only "problem" was that she didn't use patterns.

Like all girls, I had to take Home Economics in school, where I learned the technical side of sewing. I started out by making clothes for my Barbie dolls, as well as stuffed animals and eventually started making my own clothes as a teenager. My friends, family and classmates recognized my talent and began asking me to make things for them. I was happy to share my love of sewing with other people. I decided to start selling my creations at the tender age of 9.

I had already opened a shop on Etsy in 2010 where I sell my mixed media artwork and jewelry. I decided to open a second shop where I could sell my fabric creations, including wallets, passport covers, bookmarks and travel organizers.

Last updated on May 9, 2022
Welcome to Rebecca And Robin, where we make quality, hand-crafted fabric accessories, ornaments, bookmarks and lavender sachets. We hope you enjoy your purchase as much as we enjoy designing and creating these pillows for you.

All items are made in my guaranteed smoke-free and pet-free home.

Thanks for visiting and supporting a small local business!

If you receive an item that has been damaged in any way or the shipment becomes lost, please contact me asap. I will gladly issue a refund minus the cost of the fabric . I cannot replace ready-to ship items. If the item is made-to-order, I can make another pillow for you using the same or similar fabrics depending on availability of yardage.

Direct Checkout, PayPal/credit card, money order or cashier's check. I would appreciate being notified asap if you wish to cancel an order.

I ship via USPS. I provide buyers with a tracking confirmation number. All items are shipped upon receipt of full payment. Shipping costs include delivery confirmation. Delivery times are 2-3 days for domestic orders, worldwide 1-2 weeks, though it can take more or less time. Buyers are responsible for any related international customs fees. I offer shipping upgrades for domestic and international orders via USPS Priority Mail. Express mail rates are too prohibitive. I will gladly refund the difference if the actual postage is less than stated in the listing for regular mail.

All items currently available for purchase in my shop are one-of-a-kind. I cannot offer my pillows and wall hangings in different sizes since I do not stock extra fabric yardage. My prices reflect the individually hand-crafted quality, expert workmanship, loving attention to detail, unique design and service that you can only get from a local small business.

A note about custom orders:
I welcome the opportunity to make special custom orders. If you would like an item in a particular style or color, please contact me. Prices are based on retail cost of materials and supplies plus labor. If you see something in my shop that you like, but need it in a different color or pattern, I can try to duplicate the one-off design and look of the original as closely as possible, however, due to the individual hand-crafted nature of my work, there will be slight variations. As I do not stock extra yardage of anything in my shop, I will try to find a similar fabric for your project. Once the details are worked out, I will calculate and confirm the price with you prior to posting your private listing for purchase. I will begin working on your item upon receipt of full payment.

I. Information I Collect
To fulfill your order, you must provide me with certain information (which you authorized Etsy to provide to me), such as your name, email address, mailing address, payment information, and the details of the product that you’re ordering. You may also choose to provide me with additional personal information (for a custom order of jewelry, for example), if you contact me directly.

II. Why I Need Your Information and How I Use It
I rely on a number of legal bases to collect, use, and share your information, including:
• as needed to provide my services, such as when I use your information to fulfill your order, to settle disputes, or to provide customer support;
• when you have provided your affirmative consent, which you may revoke at any time, such as by signing up for my mailing list;
• if necessary to comply with a legal obligation or court order or in connection with a legal claim, such as retaining information about your purchases if required by tax law; and
• as necessary for the purpose of my legitimate interests, if those legitimate interests are not overridden by your rights or interests, such as 1) providing and improving my services. I use your information to provide the services you requested and in my legitimate interest to improve my services; and 2) Compliance with the Etsy Seller Policy and Terms of Use. I use your information as necessary to comply with my obligations under the Etsy Seller Policy and Terms of Use.

III. Information Sharing and Disclosure
Information about my customers is important to my business. However, I will not share your personal information, with the following exceptions only:
• Etsy. I share information with Etsy as necessary to provide you my services and comply with my obligations under both the Etsy Seller Policy and Etsy Terms of Use.
• Compliance with laws. I may collect, use, retain, and share your information if I have a good faith belief that it is reasonably necessary to: (a) respond to legal process or to government requests; (b) enforce my agreements, terms and policies; (c) prevent, investigate, and address fraud and other illegal activity, security, or technical issues; or (d) protect the rights, property, and safety of my customers, or othe

IV. Retention of Personal Information Data
I retain your personal information only for as long as necessary to provide you with my services and as described in my Privacy Policy. However, I may also be required to retain this information to comply with my legal and regulatory obligations, to resolve disputes, and to enforce my agreements. I generally keep your data for the following time period: 3 years.

VI. How to Contact Me
For purposes of EU data protection law, I, Robin Larido, am the data controller of your personal information. If you have any questions or concerns, you may contact me at robinl5648 [!at] optonline.net. Alternately, you may mail me at:
Robin Larido, 48 Scenic Circle, Croton-on-Hudson, NY, USA
See this Seller Handbook article for a sample privacy policy you can customize for your shop.