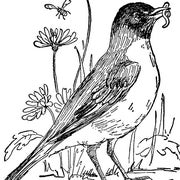 RobinsWorkbench is taking a short break

Note from shop owner On hiatus.

Being a dementia caregiver is exhausting in every way. Creating beautiful things is my way of dealing and maintaining my sanity. :)

After many years living overseas and teaching English as a Foreign Language, I had to give up my career and move back home to care for my parents, both of whom have different forms of dementia. It’s exhausting, thankless work. If I didn’t have a creative outlet, I don’t know where I would be now.

I used to do cross stitch. Maybe I’ll post some of that here someday for you to see. I rarely did anything less than 10,000 stitches. But, I got tired of it and decided to move on to a more 3D artform. I’m inspired by nature, archaeology, and international cultures. I’m a sci-fi geek, so I’m also influenced by such television series as Firefly, The 100, and Defiance. A dream of mine is to see my jewelry on a character in a sci-fi series. :)