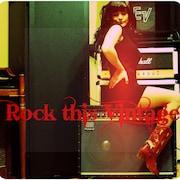 Announcement    Thanks for stopping by my shop! I've been collecting for over fifteen years and love the 50's, 60's, and 70's! You will mostly find pieces from this era but I will always throw in a retro piece from the 80's every now and then!

Thanks for stopping by my shop! I've been collecting for over fifteen years and love the 50's, 60's, and 70's! You will mostly find pieces from this era but I will always throw in a retro piece from the 80's every now and then! 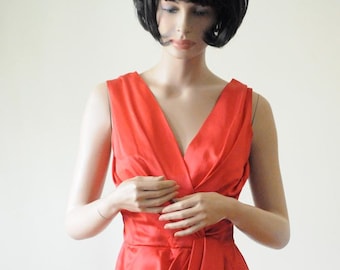 I have had a love affair with vintage clothing since I was a teenager. When I toured the states and travelled to Europe I collected vinyl and vintage clothes. After lugging everything back with me from my travels I had to rent a storage space for my ever growing collection. I studied film at Humber College and York University and I became an art director in film and television. After several years I decided a new career path was in order and I answered an ad in the newspaper. It simple stated " Do you want to be a vintage clothes buyer?" It had hearts and peace signs all around it and a single phone number. I was pretty excited, my dream job! I wore my best vintage duds and met up with the founder of Kensington Market in Toronto. I got the job immediately and was trained for over a year. I learned all the trade secrets! I began picking for big stores across the States and Japan. I took over the Canadian division of this company and soon stores I was picking for were being awarded for best vintage clothes selection. I quickly realized I wanted to open up my own shop. One year later I opened up the Mad Gypsy in a beautiful little polish neighbourhood on the west side of Toronto. After eight wonderful years I closed its doors and launched Rock This Vintage. I hope you enjoy my selection x

Last updated on January 23, 2023
Hello! I've been buying and selling vintage for over fifteen years and have previously owned my own vintage shop. I know what fits well and what doesn't. I will help you make informed purchases based on my past experience and be very honest in my descriptions. I've seen a lot of vintage on many different body types and you have any questions about fit please feel free to contact me!

Unfortunately shipping from Canada is expensive.
I've done my best to keep prices very reasonable, and if you would like me to calculate the exact cost of shipping to your address, please contact me before purchasing.