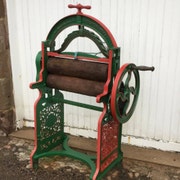 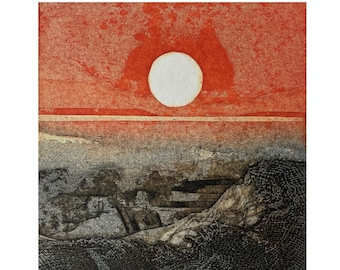 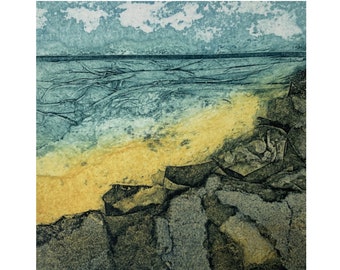 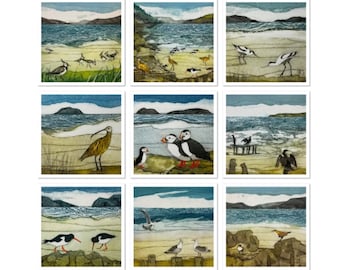 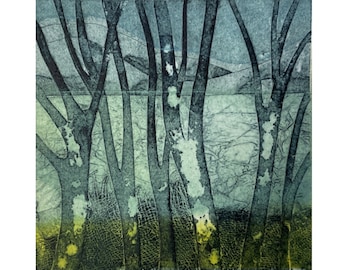 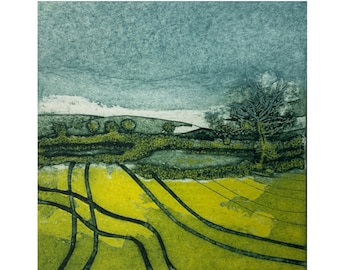 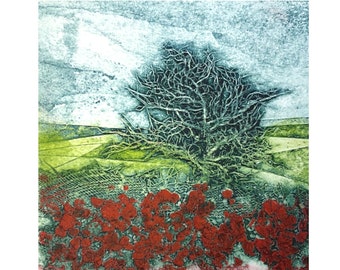 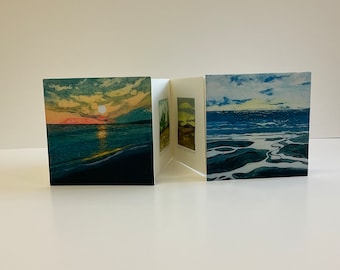 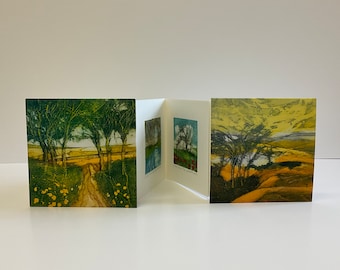 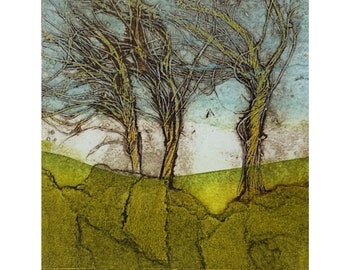 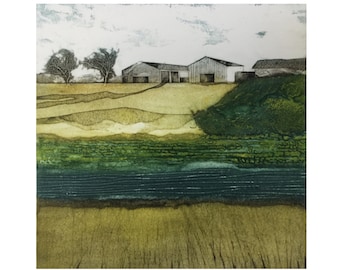 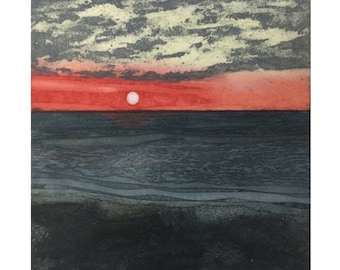 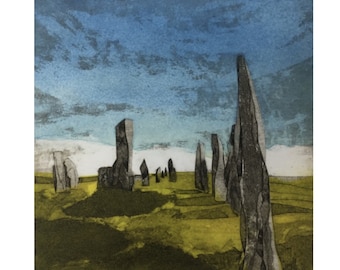 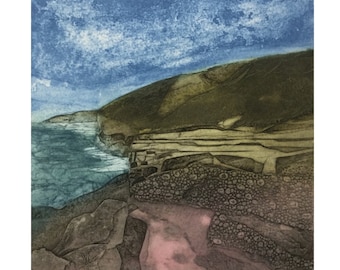 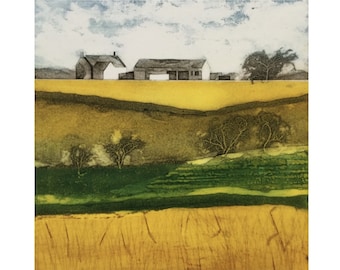 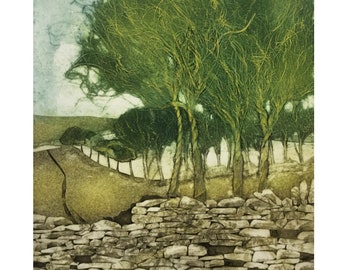 In This Together, Even When Apart 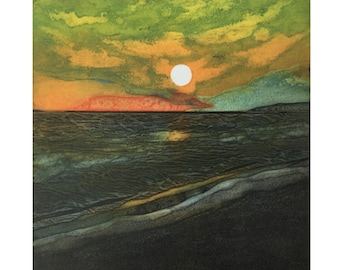 Stay With Me Forever 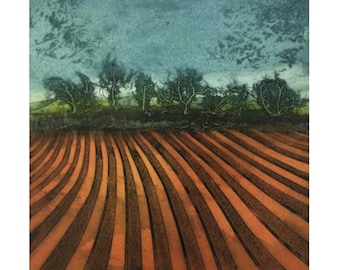 All Shapes and Sizes 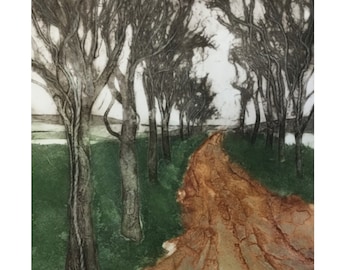 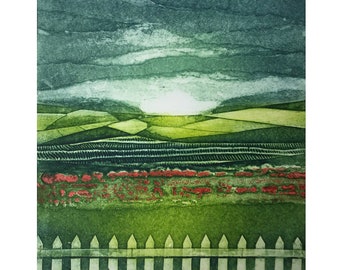 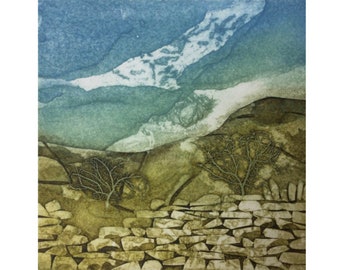 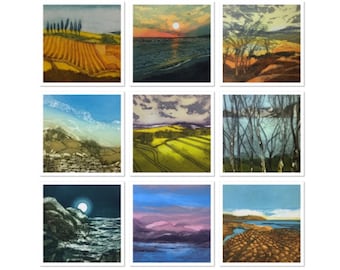 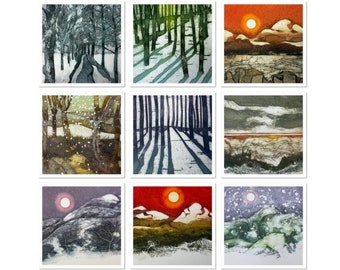 Having gained a degree in English and Classics I returned to my love of art at the age of 30. My foundation final pieces were both selected for the National Print exhibition in the Mall Galleries in 1997 which spurred me on to dip my toe further in the inky water.

I was offered a solo show in London in 1998 and earned enough to buy myself a little etching press. With two small children I decided to try and set up as safe a working environment at home...not easy as a printmaker and made the switch from acid based etching to the more friendly medium of collagraphy.

My printing blocks are constructed from found objects, bits of old lace, wall paper, string, porridge oats, kitchen salt....dried herbs from the kitchen cupboard - basically anything that has a texture. Once completed I seal them with a shellac varnish and print from them, much as an etcher would. Each print is hand inked from scratch, so despite similar colour ways no two are ever identical. I limit my editions to small print runs of 30 partly for exclusivity and partly due to the fragile nature of the blocks. Having worked in this way for many years, I hope I have made it my own.

I work with many galleries across the UK.
www.rossthompsonprints.com