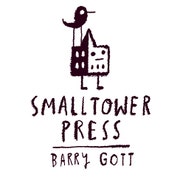 smalltower is taking a short break

Note from shop owner Back Soon

Cities are people too.

When I was a kid, I wanted to be a cartoonist and an architect.

The architect part, however, was a bit trickier. Turns out they won't let you build skyscrapers without a fancy degree and basic math skills. So I thought I'd draw some of my favorite buildings instead, with all the personality you know they really have. If I haven't drawn anything from your city yet, drop me a line and I'll add it to the to-do list. I never met a city I didn't like, and I haven't been to half as many as I'd like. That's also on the to-do list.

Orders in December are usually shipped within 2 days of ordering.