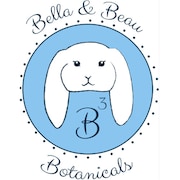 BellaNBeauBotanicals is taking a short break

Note from shop owner Welcome to Bella and Beau Botanicals. Care products made for humans, by bunnies. Save the bunnies!

We are taking an extended vacation from retail while assess if we want to retire. Thank you for all your support throughout the years!

Welcome to Bella and Beau Botanicals. Care products made for humans, by bunnies. Save the bunnies!

We are taking an extended vacation from retail while assess if we want to retire. Thank you for all your support throughout the years!

It's a bunny story

I was sitting grooming myself one day and making sure my fur was just so, and I started thinking about the humans. My humans don't spend nearly enough time making sure they are clean. I spend at least two hours throughout the day making sure I am properly tidy. Even with that Beau typically helps make sure I don't have any hairs out of place. But, I have never seen the humans properly groom.

My humans are nice people, but I knew I needed to address the issue with them. When I brought this up, they explained that they "take a shower" and use "soap". I didn't understand at first. But thankfully I am very smart bunny, so I used the internet and looked it up like any bunny would. I was quite intrigued with all the different things the humans use to get clean. I started looking at the ingredients, and there was such a wide variety.

At this point I asked one of my humans about the different ingredients, and why there were so many. She is a chemical engineer, and going to school to be a pharmacist, and therefore quite knowledgeable in such things. All she told me was that different ingredients do different things, whether it created a lather, condition or make a smell. Once again the human didn't give me all the information I needed. She tries, I know she does, but like all human she tries to keep things too simple.

So back to the internet I went. This time I researched about as many different ingredients as I could find. But this time I stumbled upon something that changed my life. Some ingredients were much harsher than others.... but how did the humans know? They tested on bunnies! How could they?! I do NOT use soap. No bunny in their right mind would. We are a very clean bunch, thank you very much. So why are the humans testing on the bunnies?! Things got worse. The more I read the more I found out that they don't just test these different shampoo and soap ingredients on bunnies, they test their pharmaceuticals on us first too!!

This prompted a lot of soul searching, and I couldn't even talk to my human for a few days. Since she is in pharmacy school I couldn’t even look at her without thinking about what her kind does. She kept asking me what was wrong, and I just showed her the tail. On one hand, about 6 months ago I had gotten very, very sick. I was certain I was going to die because I could hardly breathe. My human rushed me to the emergency clinic and I was hospitalized for a few days. Afterwards my human took care of me around the clock giving different medicines, breathing treatments and feeding me with a syringe because I was too weak to eat. I know if there hadn't been any medicine, I would have died. I can't say that I don't think there should be any medicine. But I also can't say I think it is right to test everything on us bunnies first.

It was Beau who finally snapped me out of this deep reflection. He is a few years older than me, and apparently he had already known about this whole bunny testing bit for some time. He told me that he understood how I felt, but asked pointedly, what was I going to do about it? And that's when the idea really hit me. I knew what I needed to do. I needed to save the bunnies! But how could I do that? I knew that humans test on bunnies because they don't know any better way. If they had an alternative, then I could work on getting them to use it. Unfortunately... humans are a little bit slower than bunnies, in more ways than one. But I did find that there were some groups that had formed a plan, and were diligently working on finding a solution to this problem.

So what could I do? I decided that I would create my own line of human care products. I would make sure that each ingredient I chose was so safe and gentle that even a human baby could use it. That way when I only tested on the humans, they would be ok with it. It took me a little while. My human that is a chemical engineer did prove to be useful. I found out that she has actually made soap for a few other companies before. She also was on board with the ‘only safe, gentle and natural ingredients’ stand that I insisted upon. The humans I enlisted were mostly helpful though because of that whole opposable thumbs thing. I admit, at times they can become handy. I worked very long and hard to make sure that my human care products also would make the humans into a properly groomed creature. I understand it is hard not being as naturally beautiful as a bunny, so I thought I could at least elevate the humans closer to our beauty status.

But how does that help with testing medicines, you ask? I agree that if the humans use my care products, they will eliminate the need for cosmetic animal testing, but that isn't enough. So I decided that a portion of the money I would make from selling the human care products would be donated to that group from John Hopkins who was trying to figure out alternatives to animal testing. That way every properly groomed human I created would help the bunnies around the world be one step closer to being saved!

Oh no! My item was damaged in shipping, will you replace it?

If the item was insured we will file a claim for your shipment for you and then ship you a replacement! We just needs photos of the damaged shipment and for you to hold on to the shipment until USPS gives us the ok to dispose of it. (Just in case they want to inspect it).

Don't know if your item was insured? Many shipping options include free insurance, so just ask us!

You may also inquire for insurance to make sure your purchase is covered before we ship it!