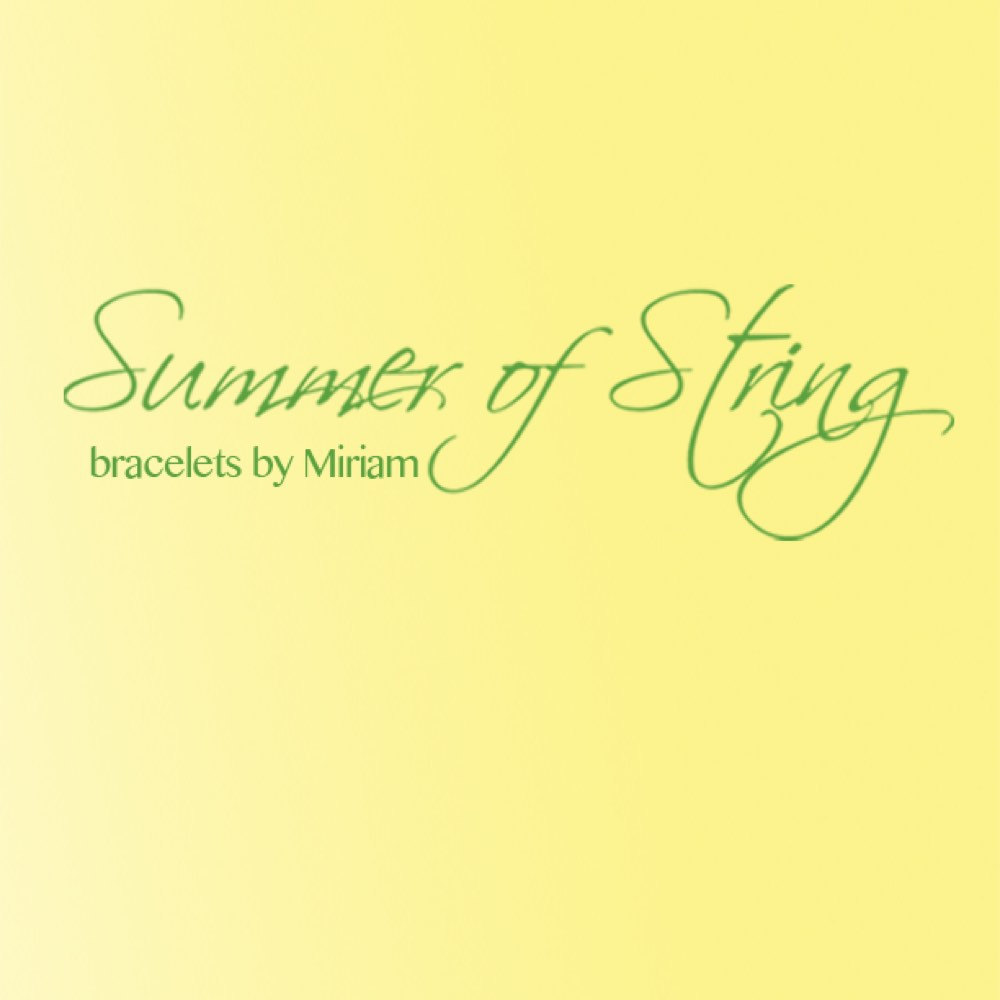 SummerOfString is taking a short break

Note from shop owner Hello and thank you for your interest and support of Summer of String.

I burned out over a year ago and didn't let myself recover so it just got worse and worse. I'm finally turning off my shop until I can enjoy my craft again instead of having it make me incredibly anxious.

- oh and btw I started going by Max!!

Hello and thank you for your interest and support of Summer of String.

I burned out over a year ago and didn't let myself recover so it just got worse and worse. I'm finally turning off my shop until I can enjoy my craft again instead of having it make me incredibly anxious.

- oh and btw I started going by Max!!

I've always been a passionate nerd whether it was the middle school band geek or the high school/college theatre nerd I was always passionate about something. In the summer of 2013 I opened Summer of String. In my first year I noticed that the items that sold best were those related directly to "fandom".
In the summer of 2014, I was inspired by a fairly new TV show called Orphan Black. I fell head over heals with this show and designed one of my first bracelets, the Cosima's Laptop Bracelet. Making bracelets in fandom brought me into a community of friends and people who ultimately changed my life.

Over the years I created a series of bracelets and bookmarks that relate to the show. After years of sharing my work -online, in person - I developed a relationship with members of the creative team involved with the show. I make Orphan Black bracelets with the permission of Boat Rocker Brands.

I was commissioned in 2017 to make bracelets that were featured in the final 4 episodes of the series.

My work has also been worn onstage by guests at numerous events and comic cons around the world including San Diego Comic Con, PaleyFest (New York and Los Angeles), Star Trek conventions in Germany and Las Vegas, and BroadwayCon.

Summer of String has also been featured in a by SYFY, The Nerdist, The Nerdy Bird, and The Sartorial Geek.

Last updated on January 10, 2021
Welcome to Summer of String. I'm Miriam a fun, enthusiastic, nerd selling bracelets based on the things I enjoy. My work was featured in the final 4 episodes of the TV series Orphan Black.

I am always accepting custom orders.

I will repair bracelets if the clasp breaks in the first month of purchase.

Due to COVID-19 USPS services are delayed as are my processing times.

Message me if you're interested in intricate custom pricing.

Custom orders of quantities larger than 5 are subject to higher rates due to demand.