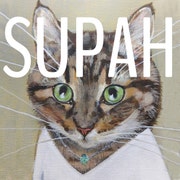 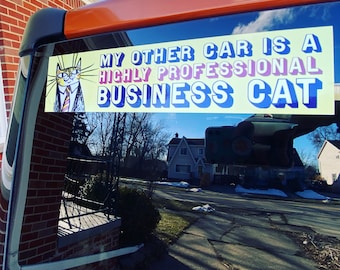 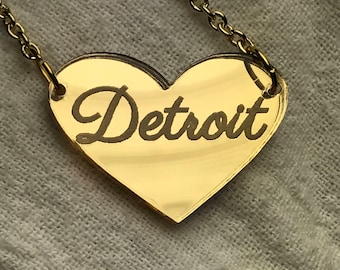 Amy Beth Geerling Payne has been painting and creating since graduating from the School of the Art Institute of Chicago (1998) and the Maryland Institute College of Art (1999). Influenced by pop culture & scientific illustration, she's been showing in galleries and art shows around Michigan and the greater Chicagoland area since the late 90s.

Supah.com began as a blog & gallery space in the late nineties and has evolved through the years into a shop and home base.

SupahMarket.com launched in 2013, a headquarters for Supah's expanding repertoire of fun goods.

Supah Fine Arts & Crafts is owned and operated by Amy Beth Geerling Payne and her husband Adam in the pleasant (lower) peninsula of Michigan.

It's been nearly a decade on Etsy and we haven't stopped making amusing awesome stuff yet!

Last updated on May 9, 2022
Our goal is to make you delighted. We promise every experience with us will bring you fun, novelty and style! We really like you. Honest.

We will work with you if there is ever a problem. We accept returns. We do not cover return-shipping costs. Talk to us!

We accept Paypal. By using Paypal you can use a bank account, credit card, PayPal Credit, or a debit card. Just send us a message if you can't use any of those methods and we'll do our best to work with you.

I can not take cancellations once the item has shipped. If it has, you can return the item if it is in its original condition.

• Do you need your item wrapped or overnighted? Talk to us, and if we can arrange it - we'll do it.
• We use U.S. Postal Service (USPS) to ship our items, if you have a need for a different method, send us a conversation - we are happy to work with you.
• Our processing times are generally under three business days unless otherwise noted.
• We accept returns. Send a conversation if you have any questions. We do not cover return-shipping costs. We can not accept return items that are not in their original condition.
• If you believe your shipment is lost: start a conversation. We will work to find out the problem.

NOTE: We make it a business policy to NEVER see shipping as a way to tack on extra profit from our customers. It's unethical in our book.

We are open to wholesale inquiries. Please send us a conversation, and Adam will be in touch to fill you in.