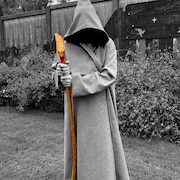 Handmade One of a Kind Wooden Staffs Magic Wands 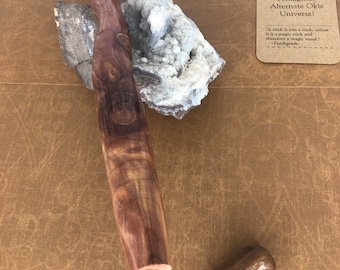 The Rods of the Itula Warriors #5 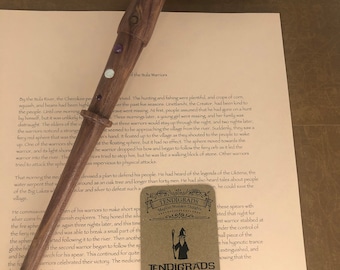 The Rods of the Itula Warriors #3 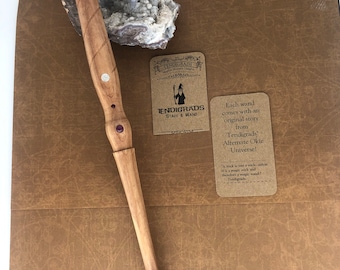 The Rods of the Itula Warriors #4 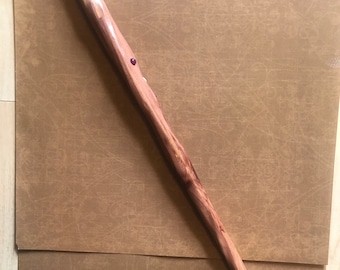 The Rods of the Itula Warriors #2 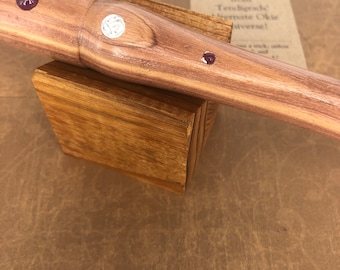 The Rods of the Itula Warriors #1

Maker of Wands, Staffs and other magical Wooden curiosities!

Ebrnt Tendigrads once roamed what we know as the South Central and Western parts of the United States. But unfortunately for Master Tendigrads, his versions of these lands are found in an alternate dimension. In that dimension, magic is prevalent and the natives of the land are often versed in earth magic. And Tendigrads was one of the prominent makers of magical wands and staves in his homeland. So begs the question, how did he come to our dimension and why does he still continue to ply his trade in our world?
The first question can be answered with one simple phrase, bad luck. While crossing what we know as the panhandle of Oklahoma, Tendigrads had the misfortune of being ambushed by a Kigatilik, a violent demon, especially known for hunting shaman and wizards. To complicate matters even more, the exact sight where Tendigrads fought the demon was an ancient portal between worlds. As the old wizard retreated across the sand he walked through a portal that brought him to our dimension. He has been stuck in our world for the past 4 years and is still trying to determine if or when the portal may reopen.
The second question can be answered in one simple phrase as well. A wizard has to eat! So Master Tendigrads has been selling his magic wares to our small community with the restriction that all magic shall be used for good! He is kind of a stickler about that!

Ship items back within: 45 days of delivery
Request a cancellation: before item has shipped
The following items can't be returned or exchanged
Because of the nature of these items, unless they arrive damaged or defective, I can't accept returns for:
Custom or personalized orders
Items on sale
Conditions of return
Buyers are responsible for return shipping costs. If the item is not returned in its original condition, the buyer is responsible for any loss in value.

Please contact me if you have any problems with your order.
Etsy prohibits the use of buyer information for unsolicited messages. See our Privacy Policy for more info.