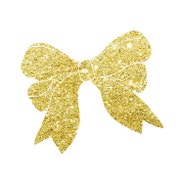 TheFabricGalBoutique is taking a short break

Note from shop owner Taking a little vacation. Be back soon!

Taking a little vacation. Be back soon!

For years I've had a dream of owning a baby boutique. Sadly, it was one of those dreams that I liked to think about, but figured it would never happen. Until one day, it occurred to me that I could open a shop on Etsy! And that was that! Why didn't I think of it earlier?!

As excited as I was, I was much, MUCH, too nervous to open an Etsy shop. I feared failing, and so I used every excuse in the book as to why I was not trying to fulfill my dream.

Until one day.. I was about 6 months pregnant with my first baby, and first daughter. I was spending every spare moment I had making her bibs, blankets, burp cloths, bedding, headbands, and more. I finally decided, I had nothing to loose. And so I opened up The Fabric Gal Boutique! I originally planned to make and sell carseat canopies, sell headbands a little too, and eventually open up a sister shop called "The Fabric Gal" as a fabric distributor. As time went on, I realized my love was hair accessories, for so many reasons. So here we are, in our headband glory :)

Last updated on May 9, 2022
Thank you for visiting The Fabric Gal Boutique!

All items are handmade by me in my smoke free, pet free home. I hope you love them as much as I love making them!

Please contact me as soon as possible, but within 60 days, if you have an issue with your order.

Although I am willing to ship internationally, please understand that I do not guarantee delivery of orders outside of the US, since I can not always track them.