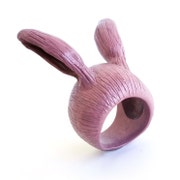 TheGoldenPlague is taking a short break

Note from shop owner Hello and thanks for visiting! I’m working on fulfilling my current orders right now, but will be back soon.

Hello and thanks for visiting! I’m working on fulfilling my current orders right now, but will be back soon.

The whole truth about the Golden Plague

The Golden Plague is a viral disease that affects the human emotional system and has serious consequences for its victims.
The most infamous symptom of the Golden Plague is an increasing addiction to looking at mirrors, taking selfies and feeling pretty good.

Its alleged patient zero is Áurea Praga, a Portuguese jewelry maker and illustrator that started spreading the virus through her jewelry pieces in 2009.
The virus was thus named “Golden Plague”, the literal translation from the Portuguese name “Áurea Praga”.

The disease agent is transferred directly and immediately by touching any of the previously mentioned jewelry pieces, feeling its fine texture and pleasant weight. The symptoms are aggravated by using the jewels in your body on a regular basis.

The first proof of a spread of infection was in Belgium on November 13, 2009.
Soon there would be other confirmed cases in the US, United Kingdom and Canada which showed disturbing side effects including immediate manifestations of well being and joyful behavior:

- “I have been loving this ring online for long time and it is even more beautiful on my finger, Many compliments Aurea” (Italy, October 7, 2012)

- “the most gorgeous rings i have ever owned! and excellent service from Aurea! I am very very happy” (South Africa, April 4, 2014)

ATTENTION –If you’re infected with the Golden Plague and take the disease to your country, you may be contributing for a pandemic.

Last updated on May 19, 2022
Welcome!
First of all, I hope you’ll be happy with my products – but if you’re not, I’ll do everything humanly possible to fix the problem. In the unlikely event that I can’t help, I’ll happily give you your money back.

All my jewelry pieces are made by myself in small series. I try to keep the prices as reasonable as I can, but there can be some variation from time to time, according to the price of the materials.

After receiving your item, you can cancel your order within a 14 day period. Refunds are made up to 14 days after I receive the item that must be returned in the original condition. The buyer will receive a refund via paypal for the full cost of the item minus fees and initial shipping cost, and will be responsible for shipping the item back to the seller.

Payment is due at time of purchase. If I do not receive payment within a week, your purchase will be canceled, unless you contact me.
So, if you'd like to buy it now and pay for it later, please let me know.

Some of my jewelry pieces are MADE TO ORDER.
This means I don't have them on stock and I start making them when someone makes an order.
For making an order with a different size or colour, please contact me.

All shippings are registered, I'll send you the registration code in the notification mail if you would like to track it. International shippings usually arrive in 10 to 15 working days, but it can take longer. The registration keeps them from being lost. So, if for some reason it doesn't arrive to your adress, sooner or later it will arrive back to mine. And if that happens, I'll let you know, of course :)

If you would like to buy a product that it's sold out, or your size is different from the ones available, please contact me and I'll make it custom for you.
I'll make a reserved listing for you on my shop and It usually takes some time to have a custom size finished, but it's the same price.