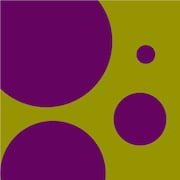 The original ostomy cover with a pocket

This seller sets a shining example for providing a great customer experience, with a history of 5-star reviews, on-time shipping, and quick replies to any messages they received.

theundercovercompany is taking a short break

Note from shop owner My shop is temporarly closed due to Family emergency. I will be back as soon I can.

My shop is temporarly closed due to Family emergency. I will be back as soon I can.

In April of 2012, our daughter underwent colectomy surgery as treatment for severe ulcerative colitis. While still in the hospital, we were looking at ostomy supplies and came across pouch covers. Covers were infinitely more interesting to look at than flanges, pouching systems and stoma paste but we were surprised with what we found. The size and overall clunkyness of the commercial covers! AND (!!!) commercial covers are open at the bottom…doesn’t being open at the bottom defeat the whole purpose of a cover? Big and bulky, boring fabric, expensive. We decided I could make covers using fabric she liked, and I was pretty sure I could create a better design. My goal was to design a smaller cover without snaps, buttons or velcro. To use fun and lightweight fabric! And above all, to make the covers both functional and small.
In the beginning, like most new ostomates, she tried a number of different brands and types of pouching systems in a very short period of time. Because the "pouch" part of the pouching system are very similar in shape, size, and fabric; we quickly learned one size cover would fit a variety of pouching systems. There were many changes and adjustments but in the end, we had made a cover she loved. After receiving many compliments on both the design and fabric from various stoma nurses and other caregivers she was in contact with, it was a short leap to offer them for sale in my existing Etsy store; Worddrow and Buttons. The covers I sell today are still the same design we created in the late spring of 2012.

I sold my first cover through Worddrow and Buttons the beginning of July 2012; in November 2013, I started selling a Terry Cloth Drying Cover which is also my own design. For many reasons, it was a pretty big decision to separate the pouch covers from everything else I sold through Worddrow and Buttons. The Undercover Company sold its first cover in April 2015 and by September 2015, I had sold my last cover through Worddrow and Buttons. Worddrow and Buttons (www.etsy.com/worddrowandbuttons) is back to its roots selling scrabble and button art, book illustrations and vintage items.
It has been very rewarding selling a product that I think helps an ostomate feel more confident and secure. Learning to live with a stoma is hard but not impossible; it certianly requires a sense of humor. Sometimes the simple act of wearing a cover means taking charge of your life rather than letting your stoma rule.

I want you to be happy with your purchase and will refund your purchase price if you are not. However, I cannot refund for Ostomy covers that have been worn and/or cut. If you have any questions regarding cutting or wearing your new cover, please contact me and I will be happy to help. If you decide to return the cover please contact me to make arrangements.

Because Terry Covers are made to buyers specifications, there are no refunds for Terry Covers.

No returns or refunds on Sale covers.

PLEASE NOTE: The cost of shipping to return a cover is the buyers responsibility. Refunds will be credited when I receive the returned item in new condition.

I ship on Monday, Wednesday and Friday, US Postal Service.