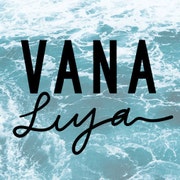 VanaLiya is taking a short break

For merchandise, Vana hand makes the items as a way for fans to get something personal, one of a kind, and made with love.

Nirvana Goberdhan a.k.a Vana Liya grew up outside of New York City. Being of Caribbean descent, Vana was surrounded by soca, calypso, dancehall and reggae music. Vana's mom gave her a ukulele for Christmas and a few years later she began covering songs by some of her favorite artists. The combination of the ukulele and her soft voice put a unique twist on some reggae-rock staples. Artists like 311, Rebelution, Stick Figure and SOJA shared Vana’s covers across social media platforms, which was the beginning of Vana finding her audience. After gaining traction, in early 2018 Vana Liya signed with Pepper's LAW Records becoming their first female and first solo artist. Subsequently she released her debut single "Show Me". Later that year, Vana visited Stick Figure's Great Stone Studios in Oakland, CA where she recorded "Go For It" with Johnny Cosmic of Stick Figure. Cosmic signed on to produce her debut album, which is scheduled for a 2020 release. She says “Working with Cosmic has helped me find my sound - there’s a new feel behind this album.” Vana has shared the stage with bands like SOJA, Pepper, The Expendables & The Movement. In late 2019 Vana moved from New York to Santa Cruz, CA to continue her career with a backing band.