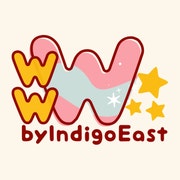 Announcement    https://ieindigoeast.com ♡☆♡ATTENTION~!♡☆♡ We are currently experiencing a high volume of emails and we're slowly transitioning to a new studio. So, if you have just emailed and have not received a reply yet, please do not worry, I will get back with you as soon as I can~ (There's usually at least a few dozen people emailing at any given time for which I am so grateful~! (^v^)) In the meantime, feel free to request a custom order just as protocol, of course. The current queue can be found at this link: ( http://bit.ly/ieQueue ) I will also try to include plushies that are being restocked~ Thank you so much for your patience during this busy time~!
-Indigo East (wakuwakuWorkshoppe)

https://ieindigoeast.com ♡☆♡ATTENTION~!♡☆♡ We are currently experiencing a high volume of emails and we're slowly transitioning to a new studio. So, if you have just emailed and have not received a reply yet, please do not worry, I will get back with you as soon as I can~ (There's usually at least a few dozen people emailing at any given time for which I am so grateful~! (^v^)) In the meantime, feel free to request a custom order just as protocol, of course. The current queue can be found at this link: ( http://bit.ly/ieQueue ) I will also try to include plushies that are being restocked~ Thank you so much for your patience during this busy time~!
-Indigo East (wakuwakuWorkshoppe) 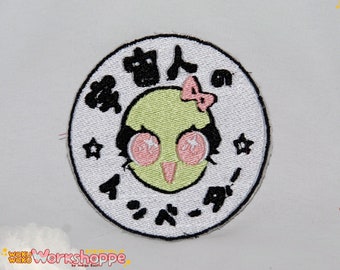 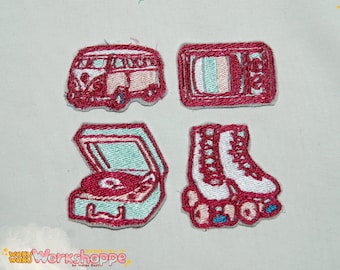 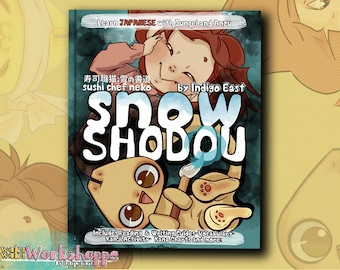 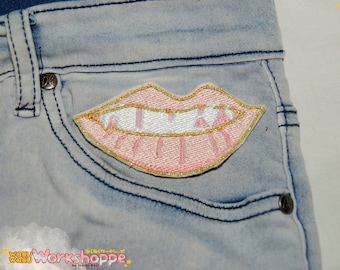 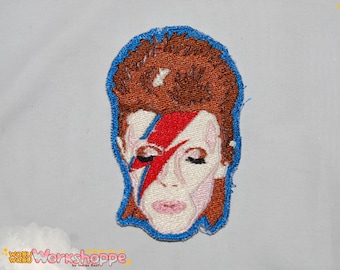 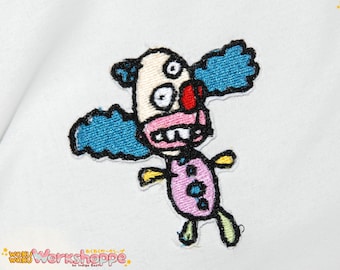 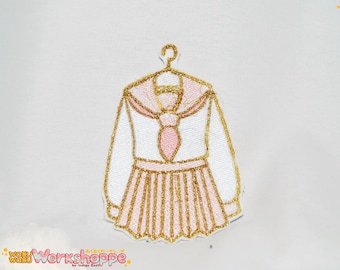 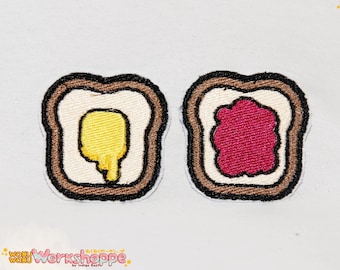 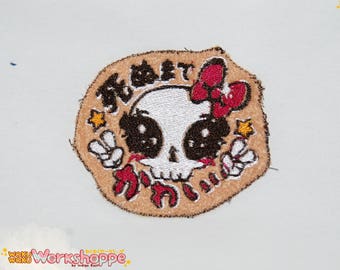 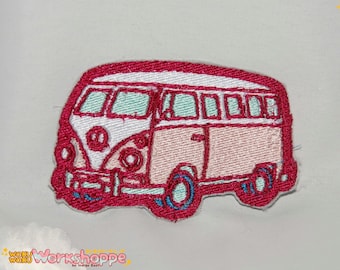 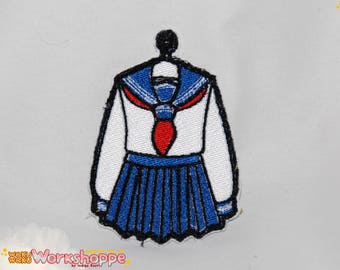 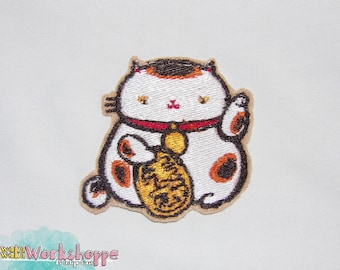 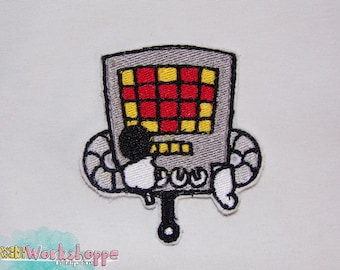 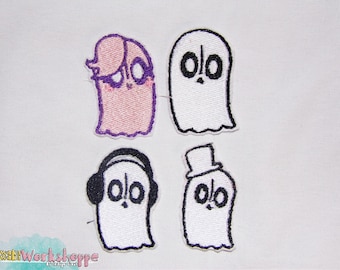 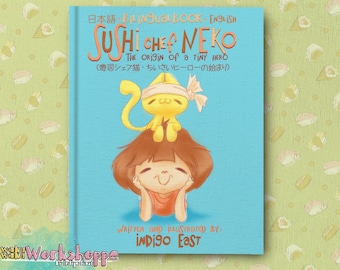 MY BOOK- "Sushi Chef Neko: The Origin of a Tiny Hero" by Indigo East (A Japanese and English Bilingual Children's Book)

Hello, friends. I’m Indigo East: a seamstress, visual artist, author/illustrator, musician, linguist, etc. But, most importantly, I’m the owner of wakuwakuWorkshoppe. My ‘shoppe has catered to plush lovers around the globe for years, now. Though, at anime conventions, you’ll also see the ‘shoppe brimming with my many art prints, stickers, and charms, along with my Japanese and English children’s books. While outside of the ‘shoppe, I draw; I design; I write; I read; I act as voice talent; I play music—as a matter of fact, I compose and perform many songs using many of the instruments I play such as saxophone, stylophone, melodica, erhu, ukulele, guitar, dizi, etc. Though, on Etsy, you’ll be most likely to see me bringing 2D creations into the third dimension—by which I mean, turning characters into plushies.

Till this day, I’m in love with animation and cartoons. When I was very young, you’d know I loved a cartoon because I had crafted a plushie replica out of fabric from around the house. Granted, at the time, my supplies were old leggings and glue, but the products turned out quite impressively, I must admit. My peers and art teachers were amazed at my pattern-less plush creations. Then, for a while, my focus turned back to the second dimension and to sound where I began to cartoon and study music and theatre.

During my early plushing days, I would draw and write stories, and eventually this passion took the forefront. It was during this time that my drawing skills would help my later plush creations. As a teen, I became quite enamoured with Japanese street fashions, creating my own clothes and leading me to get to know local fabric stores wherever on the map that I lived. Learning more about textiles, I invested in learning to sew properly with a proper sewing machine. I remember my first two projects so well. It was the experience of creating seemingly new fabric combinations. There were trousers that combined gold lame and denim and a one piece of corduroy and metallic fabric. It was the way the two types of fabrics meshed, the effect of the stitch type, and the amazing feeling of wearing them to class one day. Sewing my own clothes and cartooning truly prepared me for the various plush ideas that are entrusted with me at the ‘shoppe. However, my “eureka!” moments came during my college days when I began to dabble in realism in my visual arts. It was in understanding form and design that allowed me to get a better grasp of seeing the second dimension in a three dimensional way.

I always enjoy receiving a brand new character design whether it is of a video game character, a cartoon character, or someone’s “OC”—examining it and visualizing the shapes and pieces, the textiles, and the seams that will have to come together in order to ‘plushify’ them.

I look forward to hearing from you and fulfilling your wishes at wakuwakuWorkshoppe!

How much are custom plushies?

Over the years, there have been so many different sizes and types of plushies with varying detail that flat fees never seem to adjust to every scenario. Prices are based on your budget, materials, complexity, and size. By providing an image of what you’d like the plush to be based on along with your budget can help to decide on the best options such as fleece or minky, complex details or simplification, large or small, etc.

So the most basic of exchanges equivocates to: "I've got about £XX and I want my kitty OC to be plushed. What can you do?" Then, I'd look at the images and provide the size and fabric combinations I can provide whilst considering shipping costs-- it also allows you to see if you want more.

How long will it take for my custom order to get to me?

For premade plushies that are already in the storefront, it usually takes one to two business days to prepare for shipment, and from then, it all depends on where you live for the shipping time. As times have changed, and the queue stays at a steady length, it is always a bit difficult to say when it comes to custom plushies. But, usually, it takes two weeks once your turn in queue arrives. If it is extremely complicated or there is a high volume of custom order requests, your order may take a few days longer to complete. But, it's usually standard to wait about 2-3 weeks to get a finished preview of your item.

Rush shipping is available, but a bit costly as the postal service controls the rates-- but useful if you're in a bind.

I want a custom plushie from wakuwakuWorkshoppe. What do I do?

The first step is to make contact with me here on Etsy. With this, please provide an image of what you’d like the plush to be based on. Prices are based on your budget, materials, complexity, and size. Once the price is set and your turn in queue arrives, a reserved listing would be posted in the storefront for you. Then, simply purchase the listing as if it were a made-to-order plush. I provide updates for major milestones. Once the plush is finished, I provide photographs as a preview and then the plush is sent on its journey by post to you~!

During this busy time, there is usually a queue for plushies because there are only so many plushies I can sew at once I suppose~ (Thank you for your patience, everyone!! I always appreciate it! )

What do I do if there IS a queue for custom orders?

When the queue is short and it doesn't affect production time of your commission, I usually don't mention the current queue. However, if there are several plushies in the queue that would not allow for your plush to be finished within the allotted production time, I'll let you know when you contact me. Queues are usually first-come-first-serve, but I try my best with deadlines and try to be fair to everyone~

But, no worries! A queue just means that you might have to wait a bit before your reserved listing is posted for purchase. But, if you have a deadline, again, just mention it, and I can work something out on a case-to-case basis whilst still being fair to the queue.

Where can I see the queue, a.k.a. the waiting list?

It's available for everyone to see here: ( http://bit.ly/ieQueue )
Commissions are always open to save your place~ It stays pretty busy around here, but I *always* get to everyone~!

Where can I see what plushies are being restocked or what's coming soon to wakuwakuWorkshoppe?

It's also available to see at : ( http://bit.ly/ieQueue )
If there's a plush that's been out of stock a while, then feel free to contact me to see if it's in the process of being restocked or if you'd like to make a custom order of it~!