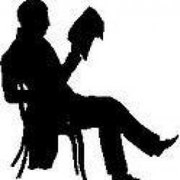 accoutrements and books for resistance

Northampton, Massachusetts
698 Sales | 5 out of 5 stars

whippersnapped is taking a short break

Note from shop owner We're moving! The shop will be closed until February 1, 2022. See you all soon!

I’m an artist, seamstress, and writer, so am always looking for new, fun creative projects! I opened this store several years ago to sell clip-on bow ties and custom embroidered handkerchiefs with library call numbers on them.

In early 2018, I started my next project, which ended up being the book, Resistance: The LGBT Fight Against Fascism in WWII, which was released in November of 2018. The parallels between our current situation and the early 1930s had become obvious to many of us. I was fueled by my intense anger and my desire to give my people a road-map of how our ancestors resisted. I could not stop writing, and soon the coloring book outgrew it’s roots, becoming a fully illustrated history book of LGBT activists and citizens during the time period immediately preceding WWII and the war. Resistance: The LGBT Fight Against Fascism in WWII was a finalist for the highest LGBTQ book award in the nation, the Lambda.

But, I remained furious. How could I not be livid with rage? One thing that I learned while researching Resistance: The LGBT Fight Against Fascism in WWII, was that we need to act, to resist, using our unique skills and talents, and that each act of resistance is valuable.

I reopened my Etsy store because my skill in resistance is creativity. These bandanas are an expression of my outrage; let them become an expression of yours. As to another book, I’m in the final stages of editing a sequel to Behrouz Gets Lucky.
- Avery Cassell

If you are dissatisfied with your purchase, I will accept returns of unused goods within two weeks of delivery. I'll give you a refund for the cost of the item, minus the shipping charge. You are responsible for your return shipping fees (somebody has to keep those carrier pigeons in bread crumbs!)

Domestic Shipping Costs:
Domestic shipping is $3 in the United States. All items are shipped USPS First Class, and are not trackable. Shipping for a second item is free.

Shipping outside of the U.S.:
Shipping time can vary between four days and several weeks, but is generally around one week. We are all at the mercy of the mail and customs office. Please note that you are responsible for all duties and customs fees.

Shipping to all other countries varies.

I am not responsible for lost, delayed, or damaged items after they are shipped, but will work with you to make sure everyone leaves satisfied.

All items sold by Whippersnapped are hand-crafted by myself, a fastidious librarian in Northampton, MA.