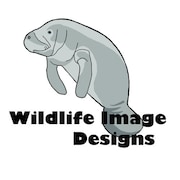 wildlifeimagedesigns is taking a short break

Note from shop owner Hi, I am taking some time off. Looking forward to filling your orders when I return.

I will still be receiving and replying to messages. Be back open on Oct 28th

Hi, I am taking some time off. Looking forward to filling your orders when I return.

I will still be receiving and replying to messages. Be back open on Oct 28th

The pursuit of underwater images has taken Gregory Sweeney to many remote locations including Tasmania, Mozambique, Papua New Guinea, Tonga, Ulithi, New Zealand, and the islands off British Columbia. He has received several international awards for his nature and underwater images. He has a degree in Wildlife Management and spent many years working as a Wildlife Biologist/Park Ranger for the National Park Service.
Gregory has spent much time with the manatees in their winter habitats in Florida. Over many seasons he has perfected the techniques of photographing these large and special marine mammals. His manatee photographs have been used to promote the protection of manatees. He also leads annual treks to photograph whales, dolphins, sharks, and the large mammals in Africa.
He believes in promoting a healthy attitude toward marine life through education and public awareness. Through his images and photo tours he hopes to encourage others to protect the oceans and their intrinsic beauty.

Yes, we sell Whole Sale - message me or check out www.cuttlefishpublishing.com