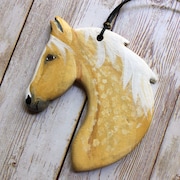 WinchellClayWorks is taking a short break

Note from shop owner Maine has issued a stay-at-home mandate until mid-May. I’m also a professional tax preparer, so please expect delays in responding to messages as we are still fairly busy. Stay safe!

Maine has issued a stay-at-home mandate until mid-May. I’m also a professional tax preparer, so please expect delays in responding to messages as we are still fairly busy. Stay safe!

My foray into art began over 20 years ago, back in 1986 when my father discovered that one of his clients was an art teacher who lived just 10 minutes down the road from us. The highlight of my week became Wednesday afternoons when I would head down the dirt road to the old 18th century farmhouse for my pastel lessons. My lessons continued for 3 years until my elderly instructor was no longer able to continue.

In the time since then, I have attempted most art and craft media. Life really changed for me though when my husband, who was out delivering oil at the time, called me and asked me if I wanted a bunch of ceramic molds. At the time I had a new baby and was operating on zero sleep. It never occurred to me to say no because I would need a kiln and all sorts of other stuff.....eventually I got a big kiln (from one of his co-workers, of all places--just sitting in her barn!), I moved away from the molds and began to make beads and pendants. I have since worked my way up to larger functional pieces, in part because during the fall of 2014 my husband was good enough to build me an 8' x 16" studio in the yard. I'm not sure if it was to encourage me to expand my business or if it was built in self defense, as we were beginning to drown in pottery supplies in our little house. I think I'll leave that question unanswered.

We are fortunate enough to live in the beautiful bitty town of Acton, Maine, which provides inspiration from nature 365 days a year.

Last updated on August 12, 2016
Welcome to Winchell Clayworks! All items listed in my etsy shop are in stock and ready to ship. I generally ship packages within 3 days of receipt of payment; if there will be a delay due to illness or winter weather I will contact you right away.

Due to the uncertainties of the firing process I am no longer doing custom orders. You may make requests or suggestions and I can add it to my to-do list, but please understand that I will not guarantee a finish date, as the clay, the glaze, the kiln....all are finicky.

Please contact me within 5 days of receiving your package if you are not satisfied with your products. You can either exchange your piece for another of equal value, or you can request a refund. Refunds will be issued when I receive the product back; refunds will NOT be issued for shipping costs (unless I shipped the wrong item), only for the cost of the items. Refunds will also not be issued if I ship a package to an address that the customer has provided that turns out to be outdated: please verify your shipping address before completing your order.

I prefer Paypal, but I also accept credit card via Etsy. I ship once payment is received. Please note that if you pay for an item via e-check (through Paypal), I won't ship till the payment has cleared, which generally takes 3-5 days. As soon as I get the OK from Paypal, your goodies will be on their way. Items paid via Paypal will be shipped to the address on the Paypal account--please make sure that address is current. By only shipping to the Paypal address you, as the buyer, are protected as am I as the seller.

5.5% sales tax will be added to all orders shipped to Maine.

If you need to cancel an item, just convo me. As long as it hasn't shipped, it's no problem for me.

Small items ship ship via USPS First class mail. An upgrade to Priority Mail and insurance is available; please convo me BEFORE payment so that I can revise your invoice. Functional pottery mostly ships via Flat Rate Priority within the US. International packages ship first class.

International Customers: I will NOT mark your package "Gift" on the customs form, so please do not ask. I generally do my international shipping once a week.

PLEASE be sure to verify your shipping information before you place your order. There is no way for me to know whether or not you have an alternative shipping address; we as sellers are only provided with one shipping address. I ship to the address on the Etsy Order (for credit card payments) or the Paypal verified shipping address, for orders paid by PayPal. I cannot provide refunds on orders for which I have printed shipping labels to an outdated address on your account.

Due to the uncertainties of the firing process I am no longer doing custom orders. You may make requests or suggestions and I can add it to my to-do list, but please understand that I will not guarantee a finish date, as the clay, the glaze, the kiln....all are finicky.