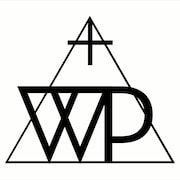 WitandPepper is taking a short break

Ever since I was little, I've been making art in all its forms. As a kid, I loved drawing and making things with nothing but my imagination and found objects in the woods. I studied metalsmithing and painting in Indiana and graduated with a BA. I've grown with Etsy over the years in my style and inventory, showcasing in stores across the country and in various craft fairs. And while I'm still a one woman shop, I continue to learn something new every day.
In February 2013 I moved to Seattle where I'm enjoying what the PNW has to offer!

Last updated on May 10, 2022
Welcome to Wit & Pepper! Thanks for choosing handcrafted artist goods.

All sales are final, however exchanges will be accepted if there is a problem with workmanship. I want you to be happy with your purchase. All returned items must be in original condition to be eligible for exchange. Please contact me within 3 days of receipt to fix any problems with your purchase and arrange the exchange. I am not responsible for lost or stolen packages. Please contact me to purchase mailing insurance with your order.

Payment is due at the time of purchase. I accept credit cards through Paypal and Etsy's Direct Checkout. Please contact me within 3 days with any issues, additional purchase inquiries and to add additional insurance costs prior to shipping.

I ship via usps priority mail unless otherwise requested. I usually ship within 3 to 5 days of payment, the majority of items in my shop are Ready-To-Ship.

If you want standard first class, express, insurance or confirmation, please contact me before you make your payment. I will adjust your order to reflect the changes.

Shipping prices include cost of packaging, gift box your item comes in, and postal cost.

Feel free to reach out for international mail prices. I’m happy to accommodate.

Please reach out for wholesale inquiries