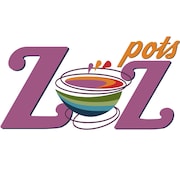 ZozPots is taking a short break

The Quest of Clay and the Cat

In 2010 I was living in DC, working for the US government and was making a fair bit of money. But, crucially, I was unhappy and didn't want to live my life as some of the grey worker drones I'd seen around me. So, I saved up some money quit my job and set on a quest - to find my passion. I'd been in the army from 18-22 and, after a bit of bouncing around, had worked for the government since - not really focusing on what I wanted from life or what I enjoyed. The first part of my journey was traveling the world - standard fare in terms of self-discovery. I managed to tick off a fair few exotic places - Ecuador (the best), Thailand, Cambodia, India and a few others - but it didn't bring as much satisfaction as I hoped - I hadn't found what I was looking for.

In the UK, I continued on my quest and tried a whole load of different things. I tried belly dancing, pole dancing, street dance (I like dancing), I tried to learn French and Spanish, I started drawing, running, cooking, yoga, painting, pastels, paper marbling, knitting and...pottery. While a lot of other things have fallen aside a bit, with pottery I’ve just kept going.

With a brief stop in Sheffield, where I got the chance to adopt my wonderfully cute kitty Pumpkin, I now live in a village outside of the beautiful and historic city of York. The cat and the studio now dominate the house, and I'm now also a pottery teacher having clay adventures with my students at a shop in York and having my own clay adventures at home (without the cat, as much as possible).

I currently take payments through Paypal and directly through Etsy.

I do accept cheques (UK only), but of course, this does mean a bit of a delay in shipping your item as I will have to wait for the cheque to clear. Just send me a message via Etsy and I will send you my address.

Your item will be dispatched within 5 days from receiving a full payment, therefore any cancellations need to be requested as soon as possible and before the item is marked as dispatched.

All items are delivered using Royal Mail services. If you require a tracking information please request this when placing the order by sending me a message. There will be an additional fee for this service as per Royal Mail price list.

Economy shipping available upon request. Economy is a cheaper option and packages usually arrive within the same time frame as Standard but Royal Mail quotes 42 days delivery time. If you are a regular customer that prefers Economy Shipping or are ok with the possibility of the package taking up to 42 days please add a note in your order or message me immediately after the order has been placed.

With International Standard shipping Royal mail aims to deliver within 7 business days after posting. The package can be delayed at customs which is out of their control and I find that most packages arrive within two weeks. Please contact me if your package has not arrived within 21 days of dispatch.

If you'd like an item shipped express, tracked, or signed for please contact me with the details so I can calculate shipping costs as these services may not be available in all countries.

When buying handmade ceramics, you may be gifted with variations in glaze cover. If so, celebrate, as this is a beautiful thing about handmade & hand glazed pottery! Enjoy the special features that make each piece unique.

I have chosen photos that best convey the true colours and beauty of the glaze. However, please be aware that all computer monitors show colour differently and it may appear a slightly different shade upon arrival. Additionally, pictures of each piece are taken under lighting - so it could look darker on your kitchen table at home (how well I can capture it tends to depend on the shininess of the finish).